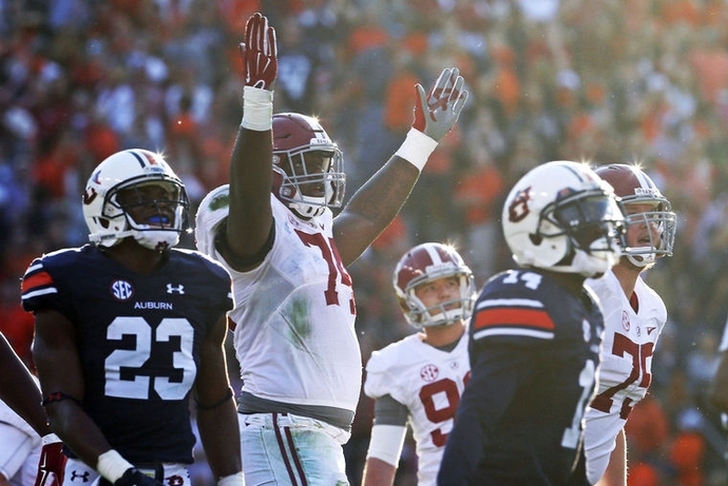 The people have spoken and they've declared that Alabama vs. Auburn is College Football's best rivalry. It was a three-way battle for the top spot, but the Iron Bowl came out on top with 31 percent of the votes.

Michigan vs. Ohio State came in second with 28 percent. Texas vs. Oklahoma was third, picking up 26 percent. Florida vs. Florida State was a distant fourth, with just eight percent. Coming in fifth and last among the options was Notre Dame vs. USC, with a meager four percent.

It was the most popular poll in Chat Sports history. The poll was up for three days during the lead-in to rivalry week.

As for the actual Iron Bowl, Alabama came out on top with a 29-13 win over Auburn. Running back Derrick Henry led the way, racking up 271 yards on 46 carries.