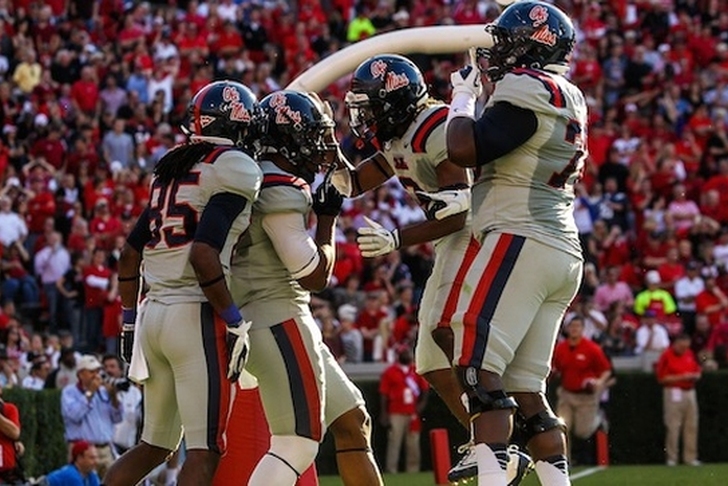 The Ole Miss Rebels and UT-Martin Skyhawks both have high expectations for the year and want to get their seasons off to a strong start with a victory. Here's what to expect this weekend:

The Rebels return 18 starters from last year's team, including eight from the nation's top-ranked defense. That unit will be among the nation's best again this year, and the offense should be better with 10 starters back on that side of the ball. The biggest question mark is quarterback Chad Kelly, who is making his first career start for the Rebels after spending a year in the JUCO ranks.

UT-Martin is in this game to get a nice paycheck from Ole Miss, but they have a nice team in their own right. The Skyhawks won five of their final six games last year, but lost leading rusher Abou Toure, All-American linebacker Tony Bell, and four of the five starting offensive linemen.

What to watch for: How does Chad Kelly perform?

Kelly will be making his first career start for the Rebels after transferring from Clemson, and the former four-star recruit has the raw ability to be a game-changer. However, this is the first time he'll see extended action on the field, and how he performs against a far less talented team will give us an indication of how good Ole Miss will be this year.

The talent gap between these two teams is just too much for it to be any semblence of a game. Ole Miss' defense will absolutely shut down UT-Martin as they cruise to an easy win.