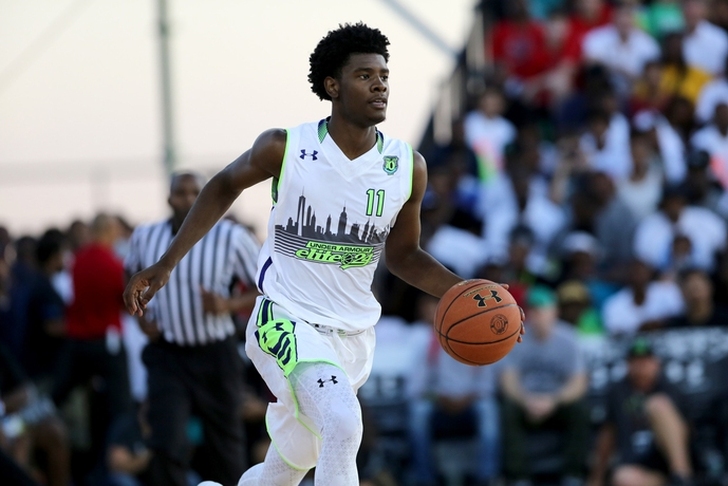 The nation's top basketball recruit for the class of 2016 has announced where he'll play his college ball. Josh Jackson announced on Twitter Monday that he'll attend Kansas.

Next year I will be attending Kansas University #RCJH pic.twitter.com/rmBiF85n4J

Jackson is a 6-foot-7, 202-pound shooting guard. Hailing from Michigan, Jackson was wanted by every major college program in the country.

Arizona and Michigan State were the other schools in the mix for Jackson. Kansas was considered the favorite to land the five-star recruit. For more reaction on Jackson's commitment, download the Chat Sports app.

Two of KU's top three shooting guards, Wayne Selden and Brannen Greene, entered the NBA draft. That should allow Jackson to see the floor early for the Jayhawks. Check out a highlight tape of Jackson below.