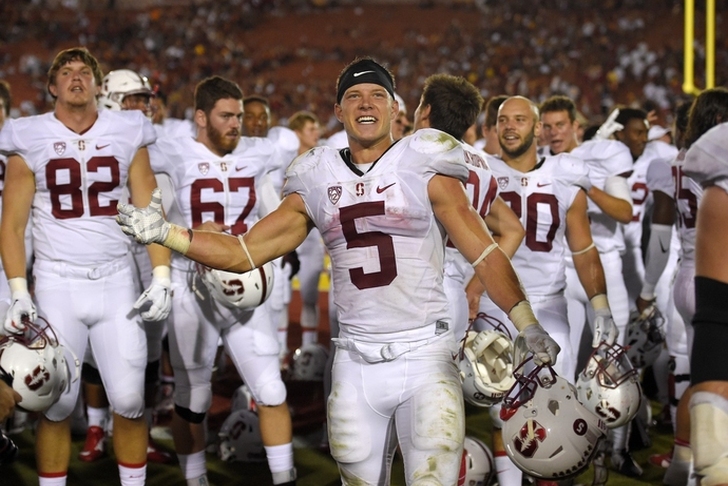 The New Year's Six is set, as college football's grand holiday showcase will feature 12 of the best teams to grace the nation in 2015. Below you will find the eight teams who'll compete in this year's traditional major bowls, outside of the second-annual College Football Playoff.

(All games broadcasted nationally on ESPN)

This is the biggest TV ratings sell of the four non-CFP NY6 games. Both Ohio State and Notre Dame travel extremely well, so playing out in Phoenix won't be a problem drawing power-wise. Two programs with rich traditions sporting two of the most dangerous offenses in the nation. It's gonna be fun.

Ready for a good old-fashioned battle in the trenches? Iowa and Stanford may set a record for most combined rushing attempts in a bowl game, considering that both squads boast elite running backs and thrive on setting the pace on the ground. Both can throw it too, but we're expecting a classic smashmouth slugfest.

Oklahoma State slides into the New Year's Six as the lowest-ranked Power Five squad, but they're still a dangerous offensive squad who can emerge victorious in any shootout they're engaged in. They'll face a seasoned & balanced Ole Miss squad that has a road win over Alabama on their resume.