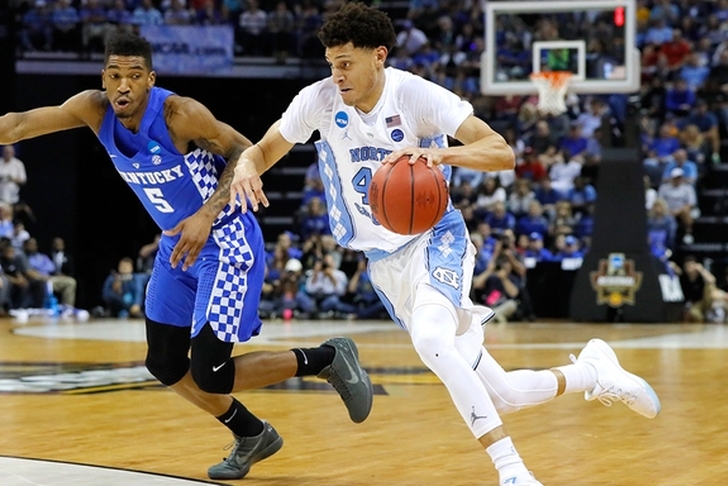 It may seem straight forward to some, but those some are very few and far between. In fact, a total of 0.6 percent of all brackets chosen on ESPN.com had South Carolina in the Final Four. On top of that, you have another team that’s here for the first time in their history in Gonzaga and Oregon, who are here for the first time since 1939. North Carolina is a familiar face but up until Monday night, wasn’t the favorite. This Final Four is a world that doesn’t make sense. So let’s try and figure it out.

The first matchup on the schedule features the Gonzaga Bulldogs and South Carolina Gamecocks. The Gamecocks are +6.5 point underdogs, but are fueled by more momentum that any other team in the tournament. While they’re not the most popular team in the ESPN ranks, they did knock off top seed killer Marquette in the opener, before destroying the hopes and dreams of Duke, Baylor and Florida. In other words, they’re dangerous and it’s hard to not to like these guys.

When it comes to Gonzaga, they’re here for a very good reason; they’re simply the best from the West. Sure, if you want to look at the Pac-12 tourney, Arizona took the title. Gonzaga bounced around the number one seed all year though and knocked off some pretty huge squads during the regular season to earn the honor of the high seed in this Final Four. Now, with that said, things have changed in the past 72 hours. NCAA sportsbook TopBet has adjusted the betting line and the Zags, who began the week as +140 favorites, are now +150 second-fiddle underdogs.

North Carolina has shot up the ranks in the meantime as well. They’ve gone from +150 to +125 favorites over the Zags. In their matchup this weekend, they’re also -210 top dogs over Oregon. What they haven’t considered is that the Oregon Ducks are breaking brackets because they’re that good. The Ducks were led all season long by their big Canadian Dillon Brooks. He posted 16.3 points per game but is also dynamite from

the line shooting roughly 75%. With all that said, while the Ducks just took out top-seeded Kansas, they also narrowly beat Michigan by one, barely beat Rhode Island by three and also lost to Arizona by three as well in the Pac-12 tournament final. North Carolina, the heavy favorite, should cakewalk their way through.

As for the bold prediction in game one, it could go either way. Gonzaga has been upset before this year, not to mention their March Madness track record, while South Carolina likes to upset. Look for a battle of Carolina in the April finale.