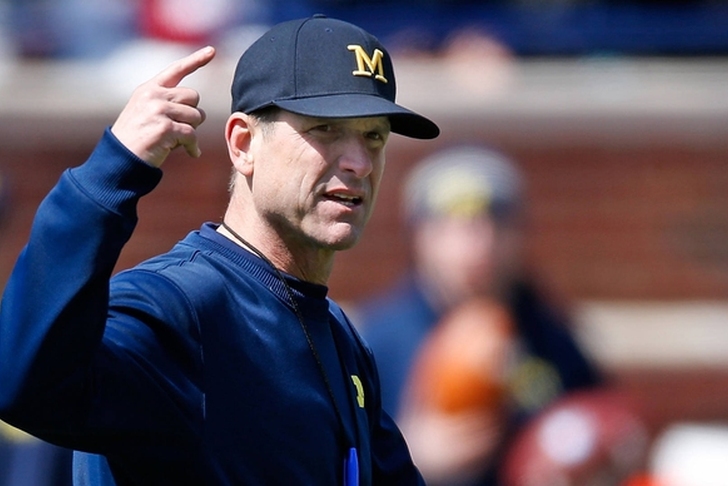 "The Council approved a proposal applicable to the Football Bowl Subdivision that would require those schools to conduct camps and clinics at their school's facilities or at facilities regularly used for practice or competition," The NCAA DI& Council said in a release. "Additionally, FBS coaches and noncoaching staff members with responsibilities specific to football may be employed only at their school's camps or clinics. This rule change is effective immediately."

The DI Council says this is part of larger "academic integrity proposal." While it doesn't mention any school or player by name, this might go down as the "Jim Harbaugh Rule."

Harbaugh and Michigan received plenty of attention for holding camps in SEC territory, something the SEC was not a fan of. Harbaugh had scheduled camps in Florida, Texas and Mississippi for this June but those are now cancelled because of the NCAA ruling.

While not every SEC coach was opposed to the camps, Nick Saban and many others were. The NCAA's decision benefits the SEC as well as the ACC, as those conferences had already banned coaches from holding campus outside of a 50-mile radius of their school.