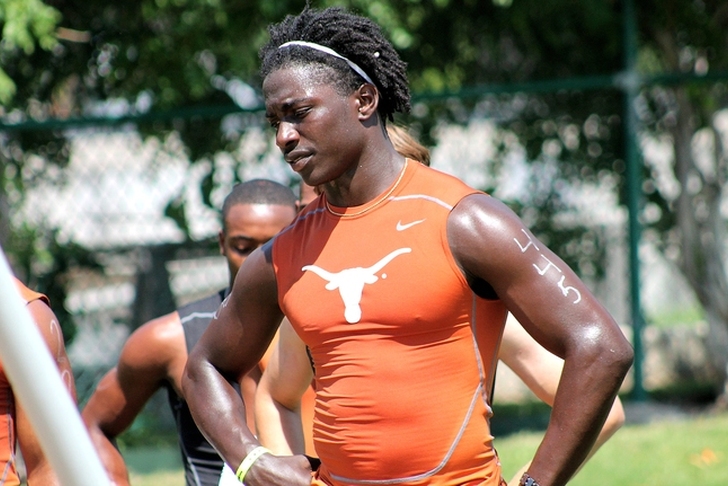 Dylan Moses is the nation's No. 2 overall recruit. A five-star OLB, Moses is one of the most coveted recruits in the class of 2017 and nearly every school is after him. A former LSU commit, he announced his new top 5 Saturday night. 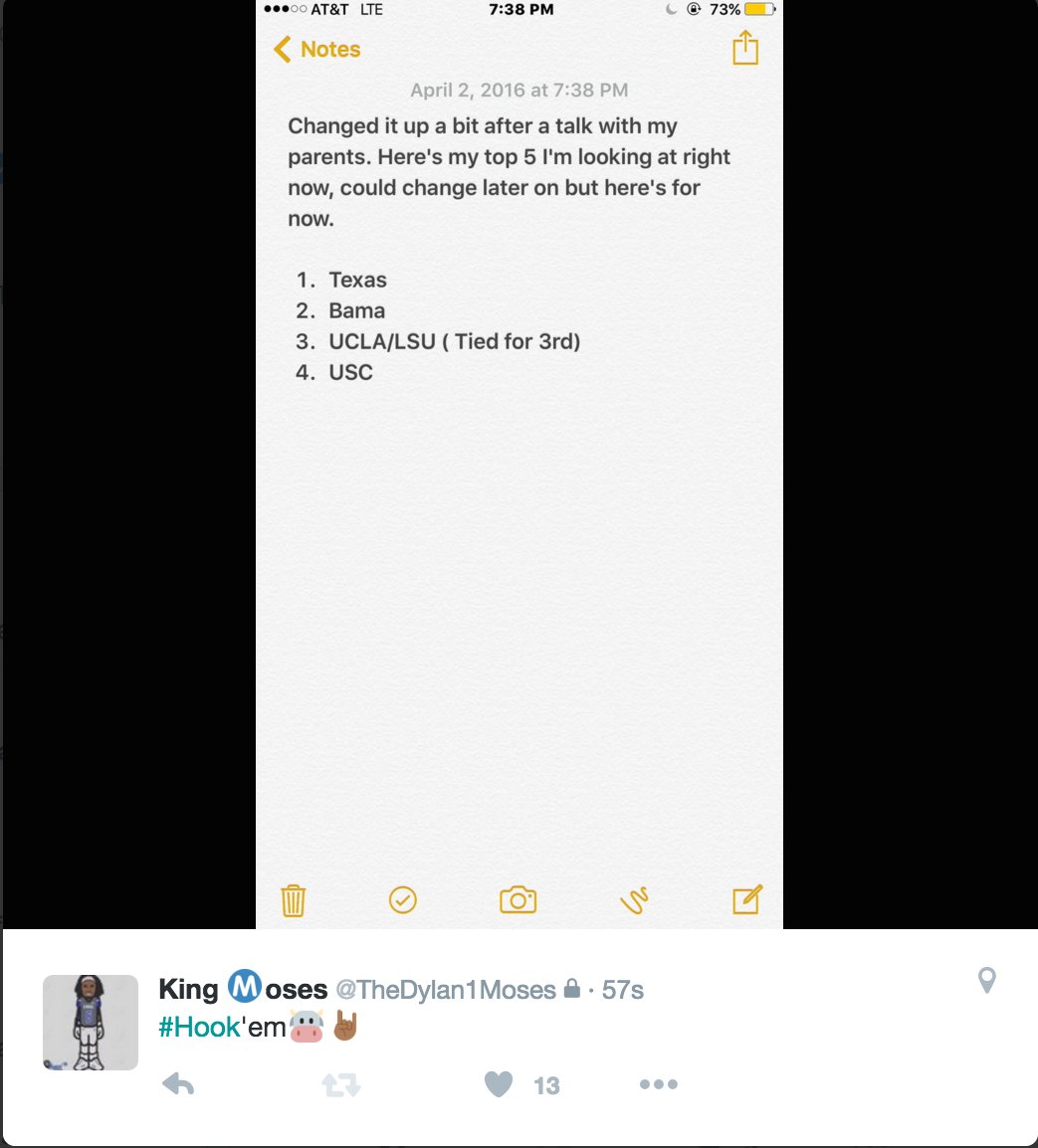 Moses was scheduled to visit Texas on Saturday and he's now high enough on Texas to put the Longhorns at No. 1. Moses also visited Alabama earlier this week, and the Tide were considered the favorite by many. Download the Chat Sports app for more on Moses.

The 6-foot-2, 220-pound linebacker has offers from numerous programs across the country. Moses originally attended University High in Baton Rouge, Louisiana, but transferred to IMG Academy in Florida. Part of that decision was to get away from the local pressure of going to LSU.

Moses putting Texas at the top of his list is a promising sign for the Longhorns and head coach Charlie Strong.