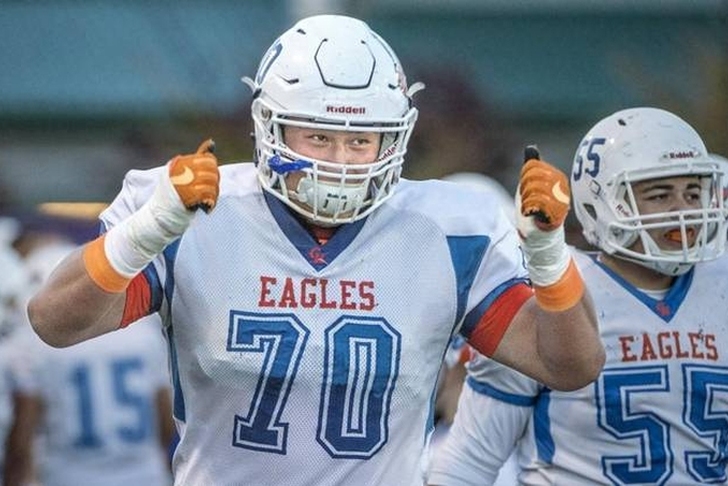 Sarell is the No. 1 overall recruit and No. 1 OT in the nation according to the 247Sports rankings. The Washington product is the No. 1 player in the state.

Sarell had narrowed down his list to Stanford and Washington. He also took an official visit to Nebraska, USC and Notre Dame, but they weren't in his final two. He's listed at 6-foot-6, 311-pounds.

A highlight tape of Sarell is embedded below.