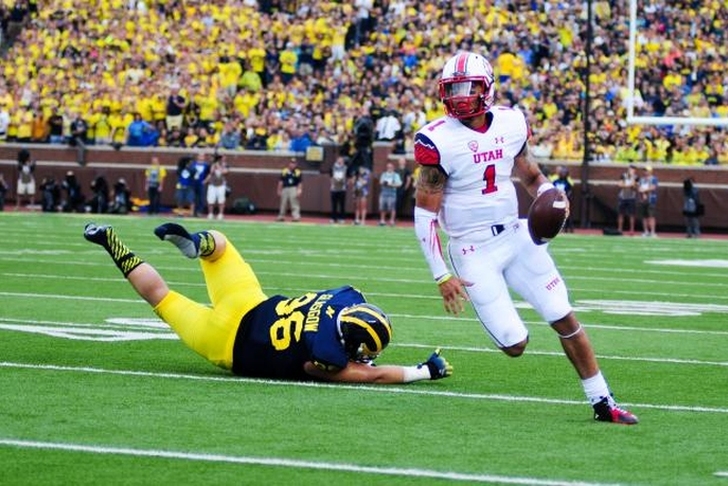 The 2015 college football season kicks off tonight with the Utah Utes hosting the Michigan Wolverines. Both teams have high expectations for the year and want to get their seasons off to a strong start with a victory over another talented major conference team.

This marks the Michigan coaching debut of Jim Harbaugh, who the Wolverines are hoping can take them back to the top of the Big Ten this year. However, they have plenty of question marks across the roster after a 5-7 season saw them miss out on a bowl game for the first time since 2008.

The Utes return 16 starters - eight on each side of the ball - from a team that went 9-4 and nearly won the Pac-12 South last season. They're expected to have one of the best defenses in the country this year after giving up less than 25 points per game in 2014, and will rely on that unit to carry them.

What to watch for: Michigan's offense vs. Utah's defense

For as good as Utah's defense is, Michigan's offense could be equally as bad. They ranked 107th (out of 125 teams) in scoring offense last year and will have a new starting quarterback in either Shane Morris or Iowa transfer Jake Rudock. If the Wolverines can find a way to move the ball with some consistency, they'll give themselves a great chance to win this game.

Michigan will be better this year under Harbaugh, but Utah is one of the most underrated teams in college football. Their defense should carry them to a win in this one with relative ease.