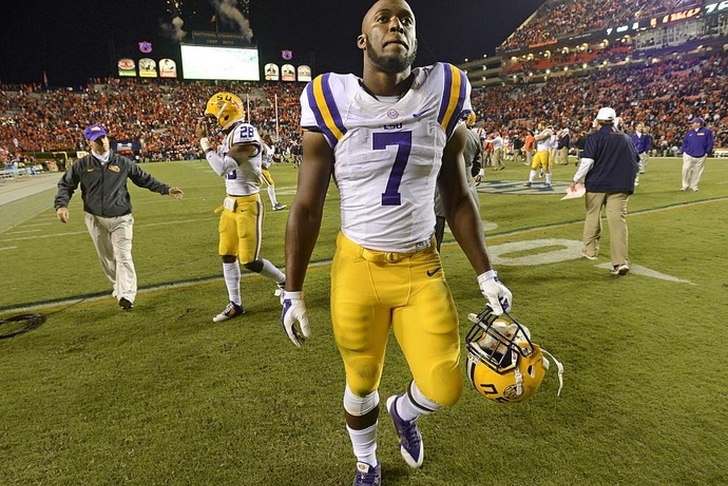 Another week of college football is in the books. That means we've just gotten through another weekend of massive upsets (hello, Texas/Oklahoma), skin-of-their-teeth escape jobs (hello, TCU) and elite individual performances. Our Lee's List of Heisman candidates is here to celebrate the latter. Here's our list of the top-ten Heisman candidates following Week 6.

As long as Watson and the Clemson Tigers keep winning, he'll remain on this list. He's the straw that stirs the drink for the undefeated Tigers, keying one of the most underrated attacks in all of the nation.

Doctson posted his third game of 150 yards receiving or more in TCU's 52-45 escape job against Kansas State this week, hauling in eight catches for 155 yards and two scores. He's the best WR in the nation right now, bar none.

Henry only rushed for 95 yards in Bama's 27-14 win over Arkansas on Saturday, but he did score a touchdown for the sixth straight time to start the season. Even when Henry rushes for under 100 yards, he's the most important part of the Crimson Tide attack both as a decoy and as a producer.

Garrett rocketed up national experts' Heisman boards last week after he tore apart Mississippi State's vaunted offensive line with repeated pressure off the edge. He's currently the most disruptive defensive force going in the nation, and one very few casual fans outside of the South are aware of. The only thing that stopped him this week was the Aggies' bye.

Prosise amassed 129 receiving yards and three scores in the team's win over Navy this week, along with catching four passes for 56 yards. Amidst the rash of injuries ND has suffered this year, Prosise has been an absolute rock.

The first of two Big 12 quarterbacks on our countdown, Russell has led Baylor to an absolutely mind-splitting average of 64.2 points per game over the team's first five contests. The junior standout pushed his passing touchdown total to 22 with three TDs in the Bears' 66-7 thrashing of Kansas State on Saturday.

Elliott crossed the 100-yard threshold for the 11th straight game with 105 in #1 OSU's 49-28 win over Maryland. The rest of the offense has had its ups and downs, but Zeke just keeps DOING WORK. Cook rushed for 222 yards on 22 carries in Florida State's 29-24 win over Miami on Saturday, scoring three total touchdowns including one in the air. Florida State remains undefeated although they're off the main national radar, and that's in BIG thanks to Cook.

Boykin had his worst game of the year on Saturday, but that's relative when he still eclipsed 300 yards passing and two touchdowns. When the majority of college quarterbacks would kill to have your worst day of production, you know you belong on a list like this. Fournette is BALLING on a historic level right now. His 158-yard day against South Carolina made him the 10th player in NCAA history to reach 1,000 rushing yards in five games and the first to do so in an LSU uniform. Fournette could sleep through the team's next two games and STILL top our list.