Lee's List: Deshaun Watson, Derrick Henry Battle It Out For The Heisman 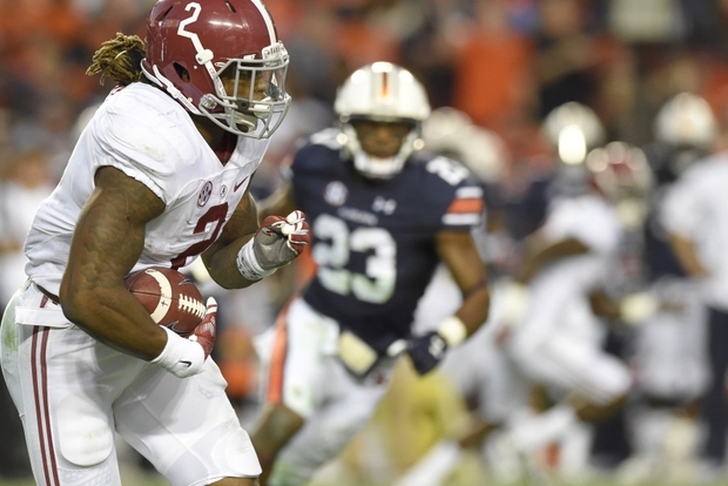 The regular season is (mostly) over, aside from next week's Texas/Baylor matchup, and Army/Navy the week after. Other than that, we've got just five conference title games to finalize our big board for this year's Heisman Trophy. Who's leading the way with time winding down? Who's in need of a bump? Take a look at our Lee's List: Heisman Power Rankings in the aftermath of Week 13.

FSU coach Jimbo Fisher has just one message for Heisman voters who have been overlooking his star running back so far: "Open your eyes." Cook bowled over a normally elite Florida defense for 183 yards and two touchdowns in the #13 Seminoles' 27-2 road romp over the #12 Gators. The defense will get most of the plaudits for completely shutting down UF, but Cook was the far-and-away offensive star of the game. He's still on the fringes of the Heisman race, but we wouldn't write him off. Oklahoma's running back duo of Joe Mixon and Samaje Perine took a star turn in #3 Oklahoma's 58-23 Bedlam beatdown of #11 Oklahoma State, but it'd be silly to overlook yet another brilliant performance by Mayfield. He threw for 180 yards on 17/25 passing, but he added 77 yards on the ground and had three total touchdowns (2 passing, 1 rushing) on the night. Mayfield's done it all this year, functioning as both a game manager and a game-breaking aerial artist. We wouldn't be surprised if he pulls off a minor shocker in New York and hoists the trophy.

McCaffrey gained 228 all-purpose yards in #9 Stanford's breathtaking 38-36 comeback win over #6 Notre Dame to become the third FBS player to top 3,000 in a season, but he was held to just 94 yards on the ground. That snapped his nine-game 100-yard rushing streak. Regardless, McCaffrey is a favorite to eclipse Barry Sanders' non-QB all-purpose yards record (3,250), and he could do it as soon as next week's Pac-12 title game against USC. 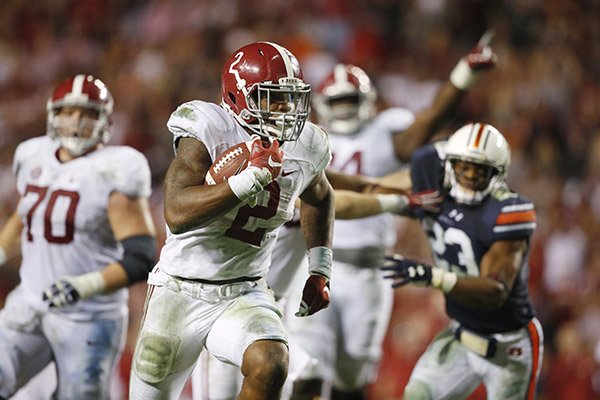 Remember all of the Leonard Fournette Heisman hype? That was fun. Derrick Henry is the true marquee running back of a stacked SEC, with four 200-yard rushing games in the team's last six games. He saved his best for last in the 2015 regular season, gashing an awful Auburn run defense for 271 yards and a touchdown in Alabama's 29-13 Iron Bowl triumph at Jordan-Hare. Henry has scored a touchdown in all 12 of Bama's games this year, posting 22 scores in total to go with his 1,797 yards on 295 attempts.

Henry would be the runaway Heisman favorite in any other year, and you wouldn't have to do much convincing for us to slide him into the #1 slot. But, he's (barely) on the wrong side of our coin flip this week. #1 Clemson played one of its sloppiest games of the 2015 campaign in a 37-32 win over in-state rival South Carolina, but Watson wouldn't be denied. The sophomore standout threw for 279 yards and rushed for 114, accounting for four total touchdowns while leading the Tigers to conversions on 9 of 13 third-down tries. Clemson finishes a regular season undefeated for the first time since their national title run in 1981. Watson's been the catalyst, and that's why he's barely edging a charging Henry for our No. 1 slot right now.