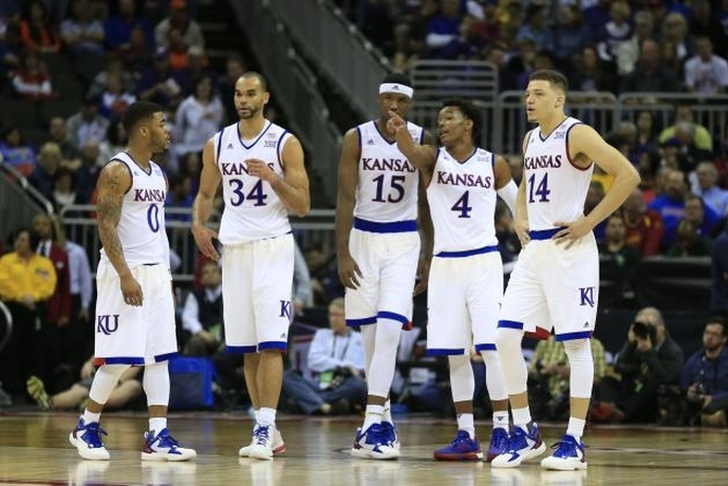 In a college basketball season criticized for not having dominant teams at the top of the sport, there are some very familiar names that have earned top seeds in the 2016 NCAA Tournament.

The Kansas Jayhawks were named the top overall seed in the tournament, and they will be playing in the South Regional. Kansas finished the season as Big 12 regular season and tournament champions, posting a 30-4 record this season. They will play their first weekend games in Des Moines, IA, with the Sweet 16 and Elite 8 rounds being played in Louisville.

North Carolina was given the second No. 1 seed, placing them in the East Regional. The Tar Heels started the season ranked No. 1 in the country and flexed their muscle all season, posting a 28-6 record on their way to winning the ACC regular season and tournament titles. Their opening weekend games will be played in Raleigh, NC, with the Sweet 16 and Elite 8 rounds being played in Philadelphia.

Oregon was named as the No. 1 seed in the West Regional, rewarding the Ducks for going 28-6 this year and winning the both the Pac-12 regular season and tournament championships. Oregon will play their opening weekend games in Spokane, WA, with the Sweet 16 and Elite 8 rounds being played in Anaheim.

The Virginia Cavaliers (26-7) also got a top seed in the Midwest Region despite losing to UNC in the ACC Tournament. Their opening round games will also be played in Raleigh, with the Sweet 16 and Elite 8 rounds being played in Chicago.