Here Are The Vegas Odds For If Florida, FSU, & Texas Will Make A Bowl Game 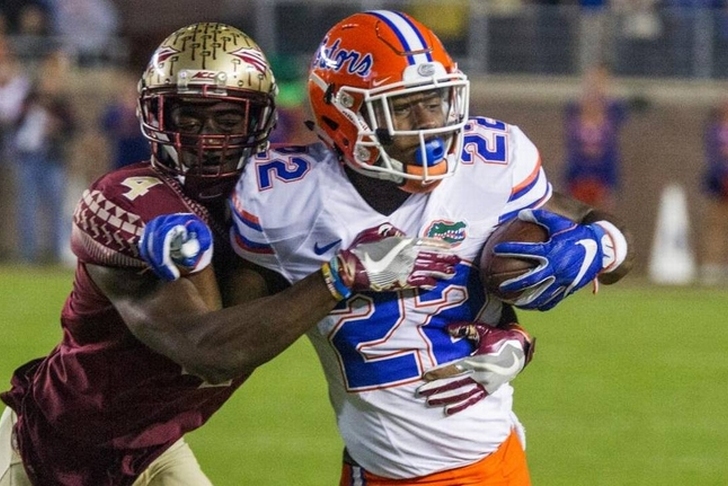 There are surprise teams every year in college football, and on the flip side, there are a number of teams that disappoint. For the Florida Gators, Florida State Seminoles, and Texas Longhorns, they fall into the latter category.

Both Florida and Florida State were expected to compete for the College Football Playoff this season, but instead are just 3-3 and 2-4 on the season, respectively.

Texas was also ranked in the preseason and were expected to have a breakout season under new head coach Tom Herman but are just 3-4 after losing to both Oklahoma and Oklahoma State.

As such, all of these teams are in serious danger of missing bowl games. Our friends at BookMaker.eu have released odds for if each one of these teams will reach a bowl game

The odds say that Florida State is the least likely to make a bowl game of the three, while Florida is the most likely.

The Seminoles take the field again on Friday against Boston College, while Texas faces Baylor in Waco and Florida takes on #3 Georgia on Saturday.