Nine weeks are in the books for the college football season and the Heisman Trophy race is starting to heat up! The front-runner, Penn State RB Saquon Barkley, lost to a newcomer on the list in Ohio State QB J.T. Barrett, but has had a strong enough of a season to remain #1. It's the year of the running back, with 3 of our 5 being RB, while only 2 are QB.

For highlights of college football every Saturday, I encourage you to follow with @Chat Sports on Twitter..

You May Also Like:  Midseason College Football All-American Team

Love dropped to 5 this week due to players live Adams and Barrett having huge games in big wins, while Love missed Stanford's game against Oregon State with injury. He has 1,387 rushing yards and 11 TD on the year, and can certainly get back into the race if he returns from injury.

Barrett was completely written off by Heisman pundits after losing badly in September to Oklahoma, but came roaring back with 6 impressive wins in a row, culminating with yesterday's all-time performance in the 4th quarter vs. Penn State.

Barrett went 13-for-13 with three touchdowns in the fourth quarter alone as part of a streak of 16 consecutive completions to take down #2 Penn State. His full-game stats were 33/39 for 328 yards and 4 TD with no INT, while adding 95 yards on the ground. 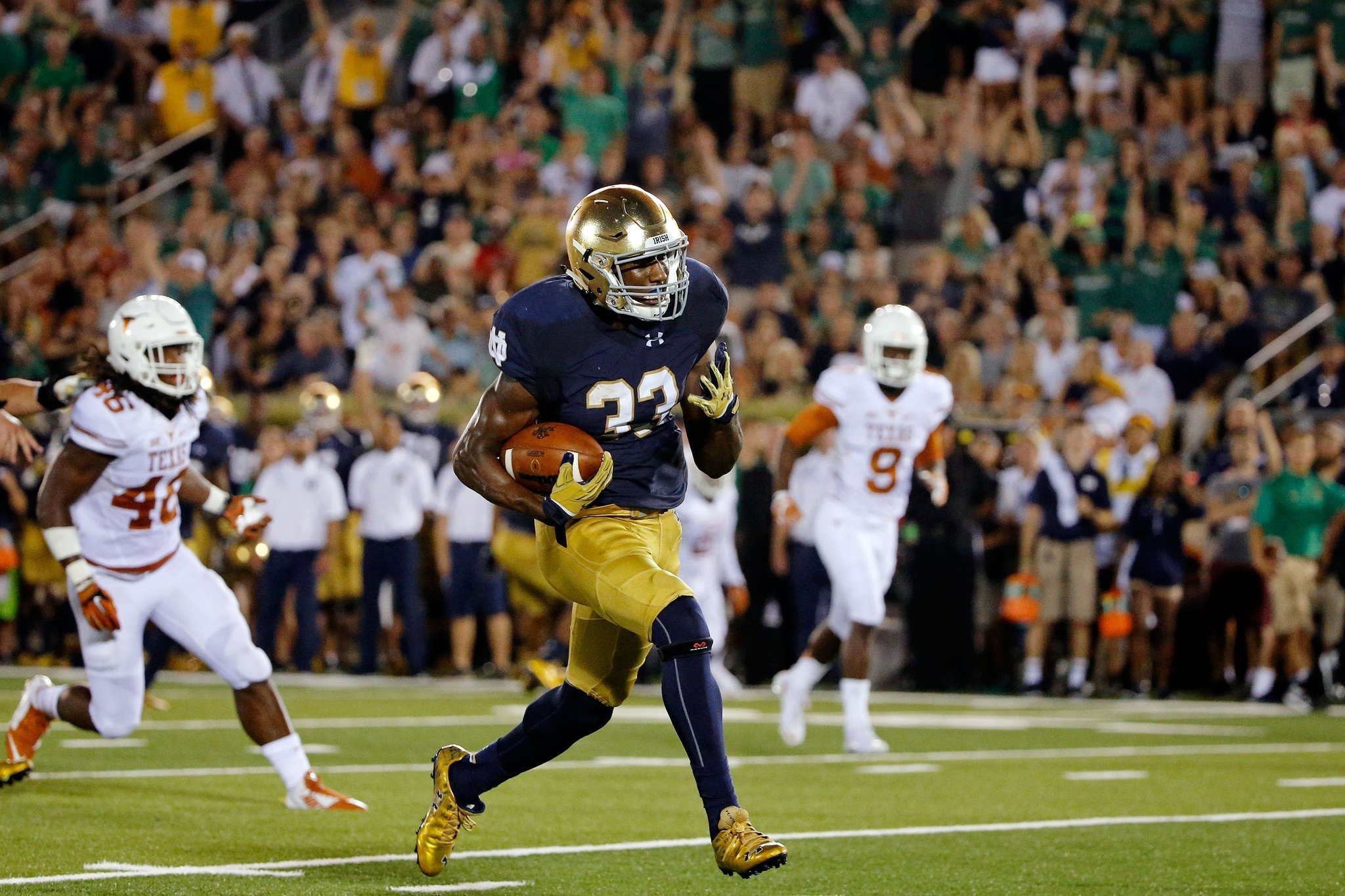 Notre Dame is BACK BABY! Adams had another huge performance in a win over a top 15 team in ND's 35-14 win over NC State - finishing with 217 yards on 27 carries. He’s entrenched himself among the best backs in the country and has a chance to win the Heisman if he keeps churning out 200+ yard games and Notre Dame keeps winning. ​

Mayfield stayed hot again, securing his place at #2 on our list again this week. He passed for 281 and 4 TD against Texas Tech in a 49-27 win. Mayfield also added 20 yards and a score on the ground. He is positioning himself to steal the Heisman Trophy if Oklahoma wins out and #1 Saquon Barkley and Penn State struggles down the stretch.

Penn State lost 39-38 to Ohio State, but Barkley performed well enough to stay #1 on our list again. He had only 44 yards rushing and a TD, while adding 23 yards receiving. His 96 yard kickoff return for TD to start the game could have sealed the Heisman for him had Penn State held on and beat Ohio State.