Eleven weeks are in the books for the college football season and the Heisman Trophy race is starting to heat up! Baker Mayfield led the Oklahoma Sooners to a huge win over TCU and Bryce Love climbs up our board with a great performance against Washington.

Taylor carried the load in a big matchup for the Badgers. He carried the rock 29 times where he had 157 yards. Taylor this season has only one game where he has averaged less than 5.3 yards per carry which is impressive for a freshman considering his 219 carries this season. Wisconsin is undefeated and the main reason is the play of Taylor. 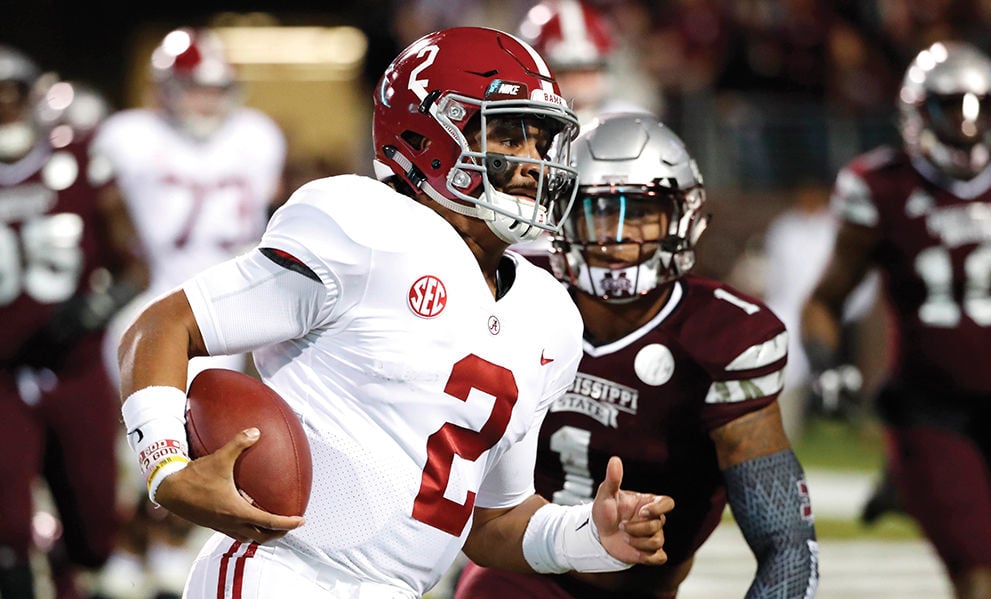 Alabama had a scare in Week 11 but the play of quarterback Jalen Hurts led them to a late win. There isn't another quarterback in the country with the poise and composure he shows. At such a young age it is truly unprecedented the maturity he is showing and doesn't get nearly the respect he deserves. Hurts finished the game with 242 passing yards, one touchdown and 40 rushing yards and a touchdown on the ground.

Barkley slides down our board for two straight weeks. The Nittany Lions snapped a two-game losing streak against a weak Rutgers team. Barkley had 35 rushing yards with two touchdowns and a season-low one reception. Over his last three games, he is averaging 2.9 yards per carry which is making me wonder if he is starting to slow down due to such a large workload. Love was breaking the hearts of Washington fans in Week 11. He carried the ball 30 times for 166 yards with three touchdowns. Love leads the country with 15 rushing touchdowns and 1,622 yards. He is averaging almost a first down every single run. Think about that for a second, on the season Love is averaging 9.0 yards per carry.

There isn't another player in college football playing with the confidence or the swagger of Baker Mayfield. He was great against TCU this past week throwing for 333 yards and three touchdowns. Mayfield now has 31 touchdowns and only five interceptions on the season and is averaging 356 passing yards a game. He is leading the best offense in the country and is deserving of being the top contender for the Heisman.