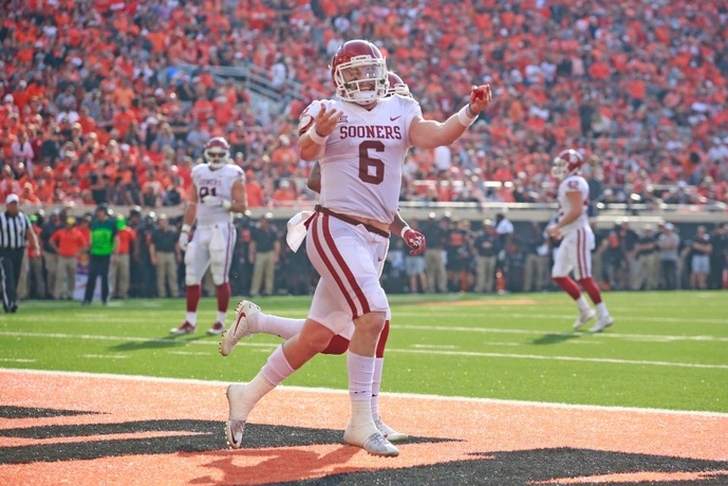 The College Football Playoff Selection Committee is set to release their second rankings of the season on Tuesday night, and there is sure to be some major shakeups. Two of the top seven teams in last week's rankings lost in Penn State and Ohio State, while an undefeated Miami picked up their first major win of the season. How will that impact the race for the playoff?

Tune in to Chat Sports Live on Facebook at 6:45 pm ET for tonight's rankings announcement.

Here's how we predict the top 10 of tonight's rankings will look:

10) Penn State Nittany Lions (7-2)
The Nittany Lions have lost two games in a row, and that's not a good thing. However, I think they stay in the top 10 because those two losses have been by a combined four points and both came against ranked teams.

9) Washington Huskies (7-1)
Washington is the Pac-12's only chance to get into the playoff. They continued to roll with a blowout win over Oregon and will strengthen their resume down the stretch with games against Stanford, Washington State, and a projected matchup against USC in the Pac-12 title game.

8) Wisconsin Badgers (9-0)
The committee showed us last week that they won't reward teams for being undefeated against less-than-stellar competition. A road win over Indiana won't help that, but Wisconsin moves up because of the losses from other teams.

7) TCU Horned Frogs (8-1)
TCU gets jumped by Miami, but not through any fault of their own. They handled Texas at home. However, no matter where they end up, their playoff candidacy will be determined by Saturday's showdown against Oklahoma.

6) Miami Hurricanes (8-0)
A marquee win over Virginia Tech is enough to offer some validation to Miami's undefeated record, and I think they'll make a sizable leap up the rankings because of it. They will take on Notre Dame in what amounts to be an elimination game on Saturday.

5) Oklahoma Sooners (8-1)
Beating Oklahoma State on the road could be enough for the Sooners to jump Clemson this week, but I don't think that will happen. However, beating TCU will do that for them next week.

4) Clemson Tigers (8-1)
Clemson holds on to their top four spot with an impressive road win over NC State this past week. With quarterback Kelly Bryant back and healthy, they're looking like a legit CFP team.

3) Notre Dame Fighting Irish (8-1)
The Irish dominated Wake Forest without star running back Josh Adams for most of the game, keeping them at No. 3. They'll be tested again this weekend against Miami.

2) Alabama Crimson Tide (9-0)
Alabama wasn't in the top spot last week due to their lack of quality wins. Beating LSU the way they did counts in that regard, but I don't think it's enough for them to jump to No. 1.

1) Georgia Bulldogs (9-0)
Georgia took care of business by beating a good South Carolina team at home on Saturday, doing nothing to hurt their resume. They'll stay at No. 1.

WATCH as rankings are unveiled LIVE on Chat Sports Live on Facebook at 6:45 pm ET tonight!