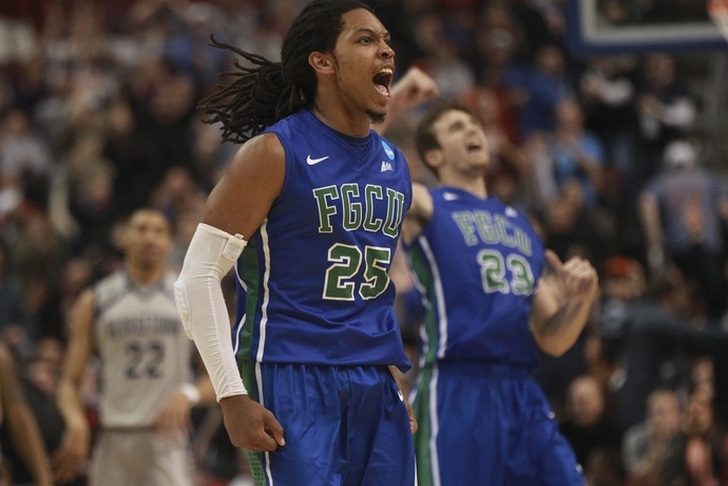 Upsets are common in March. That's the nature of the NCAA Tournament. However, a few teams hold the distinction of being true Cinderellas and finding a way to make a run when no one expects them to. With that in mind, here are the nine lowest seeds to ever make the Sweet 16.

1997 Chattanooga - 14 seed
The Mocs defeated Georgia and then Illinois in 1997. Their season ended in the Sweet 16 against Providence.

1986 Cleveland State - 14 seed
In their first NCAA Tournament ever, the Vikings managed to make it to the Sweet 16. They beat Indiana and then St. Joseph's, before falling to Navy by just one point.

2013 La Salle - 13 seed
La Salle actually needed to win in the play-in game to make it to the Round of 64. The Explorers defeated Boise State, Kansas State and Mississippi before falling to No. 9 seed Wichita State.

2012 Ohio - 13 seed
In Ohio's last tournament appearance, they advanced to the Sweet 16. The Bobcats beat Michigan and South Florida before falling to No. 1 seed North Carolina.

2006 Bradley - 13 seed
The Braves made the Big Dance for the first time in a decade, and found a way to make it to the Sweet 16. They defeated Kansas and Pittsburgh before falling to Memphis.

1999 Oklahoma - 13 seed
OU upset Arizona and then Charlotte to advance. They would lose to No. 1 seed Michigan State in the Sweet 16.

1998 Valparaiso - 13 seed
You've probably seen a highlight or two of this run, thanks to Bryce Drew's shot. Valpo beat Ole Miss and Florida State to make the Sweet 16. But their run ended against No. 8 seed Rhode Island.

1988 Richmond - 13 seed
The Spiders stunned defending national champions Indiana in 1988 and then beat Georgia Tech. They fell against No. 1 seeded Temple in the Sweet 16.

In 2016, Stephen F. Austin had a chance to join this group, but came up short. SFA lost by one, 76-75 to Notre Dame. Middle Tennessee State has a chance to become just the second No. 15 seed to ever make the Sweet 16 against Syracuse Sunday.