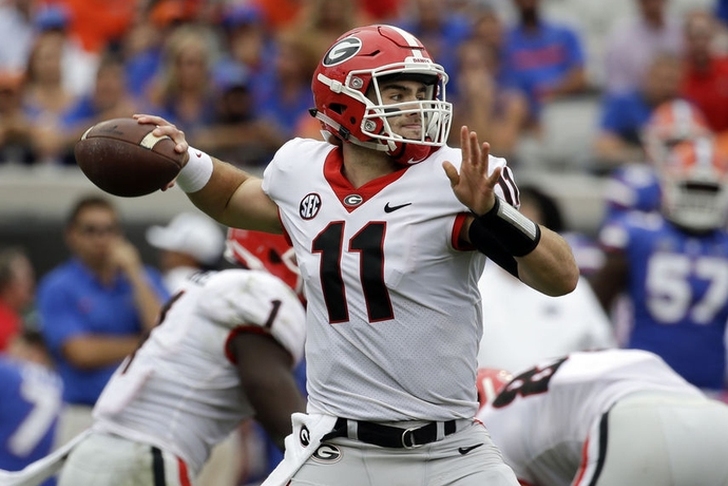 More and more freshman are making major impacts in college football, and 2017 was another banner year for them. Jake Fromm led Georgia to an SEC title, Jonathan Taylor was the best offensive player for a Wisconsin team that was the last undefeated Power 5 squad, and several others made their names this season. Here's who the best freshmen in the country were this season:

We've already discussed Fromm and Taylor, who were two of the best players in the entire country this season. In fact, Taylor was a Heisman candidate before his lackluster Big Ten Championship Game. Dobbins quickly emerged as one of the country's best backs early in the season, rushing for over 170 yards in two of Ohio State's first three games and finished with nearly 1,400 rushing yards.

Moving to the pass-catchers, Bushman was the clear tight end choice by ranking in the top five nationally in both receptions (49) and receiving yards (520) at the position. Dortch led Wake with 53 receptions for 722 yards and nine touchdowns before missing the last two games of the season due to injury, while Lamb had 741 receiving yards and seven touchdowns.

Weaver led all freshmen - and the entire Mountain West Conference - with nine sacks, while Wilborn had a four-sack performance against UCLA. Fisher became the first Big Ten freshman with over 100 tackles (110) in six seasons and Murray finished third on the Sooners in sacks, proving his worth on a College Football Playoff defense.

In the secondary, both cornerbacks particularly stood out this season. Carter racked up 61 tackles and five interceptions while finishing the season ranked as ProFootballFocus' No. 22 cornerback in the country. Henderson recorded four interceptions on the season and returned two for touchdowns.

All of these were really easy selections. Sackett was the most accurate kicker among true freshmen, draining 86.4 percent of his attempts. Coffey averaged 44.6 yards per punt for the Vandals in their season at the FBS level, while Jones finished second in the country with three kickoff returns for a touchdown. Peoples-Jones averaged 8.53 yards per return and returned one for a touchdown.