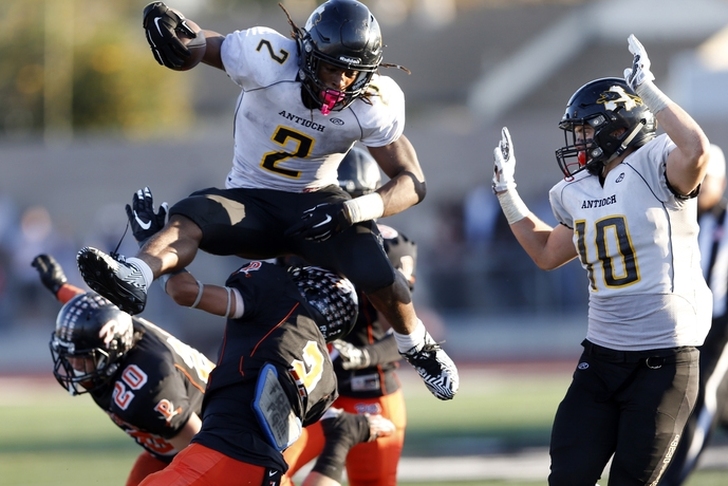 While most of the college football recruiting world is focused on the 2016 class with National Signing Day just completed, most coaches and programs have already started working on the 2017 class. That's the way the recruiting cycle works, because getting an early jump will help the schools land a top 2017 class. In fact, it's pretty much a mandatory plan at this point.

With that in mind, we've put together the top 10 recruits for the 2017 class, according to 247Sports. Some of these players have already committed, although they could very well chance their minds come Signing Day. There's also a good chance that the top 10 players look much different in a year, as players will rise and fall throughout the season. 247Sports Crystal Ball feature was used to help figure out which schools had the best shot at the players, so a big tip of the hat to them. With all that out of the way, here are the Top 10 college football recruits for 2017. 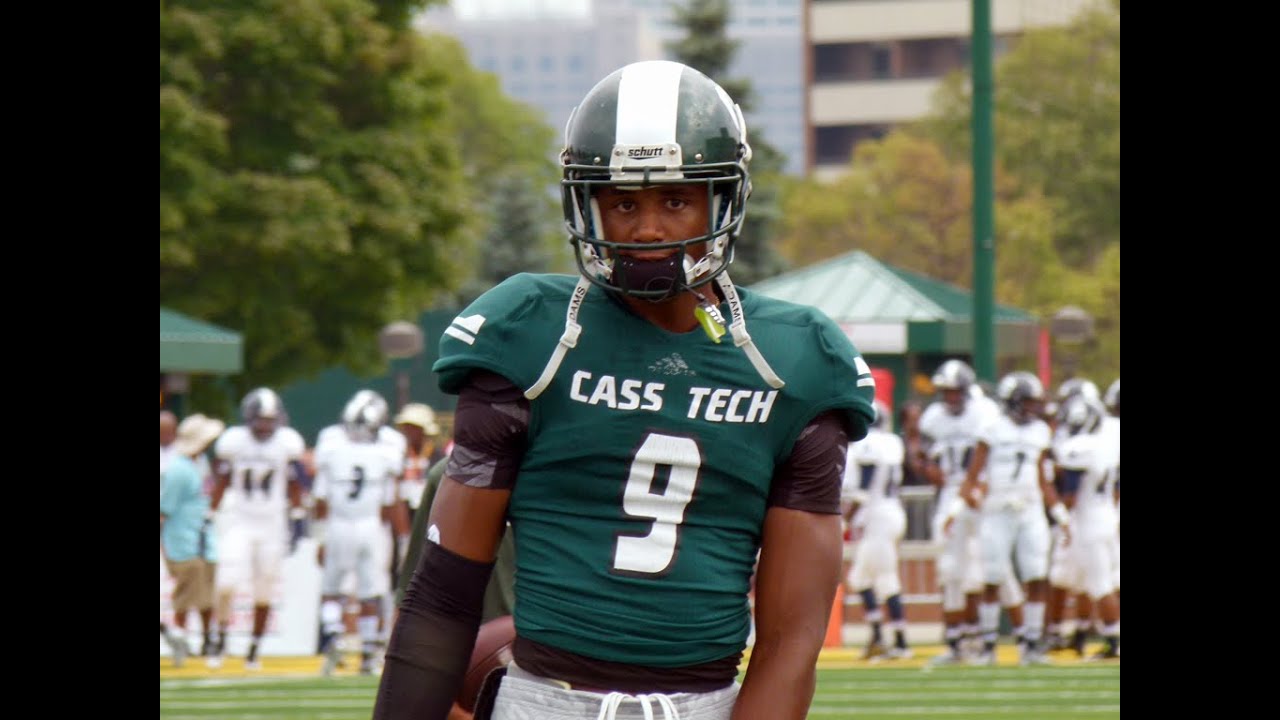 Peoples-Jones is the top WR in the class of 2017. He's from Detroit, Michigan, which is why it's not a surprise Ohio State, Michigan State, Notre Dame and Michigan are recruiting him hard. He already took an unofficial visit to Michigan State. He's likely a long way off from committing to any school.

Gibbs hails from Loganville, Georgia which is why the Bulldogs are currently the front-runner for his services. As with most of the players on the list, he holds offers from most of the big-time programs. Tennessee is also in the mix for the No. 2 CB in the nation. 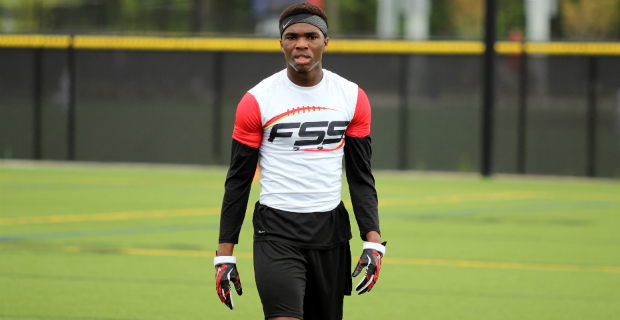 The nation's top safety hails from Texas, but it's Baylor who is the top Texas team in the mix for his talents. The Bears and Ohio State are at the top of the list, but that might change as the recruiting process continues.

Sarell is the No. 3 OT in the nation, and the Washington Huskies are the heavy favorites to keep the talented tackle in-state. At 6-foot-6, 300-pounds, Sarell already looks like a starting tackle. For more college football recruiting rumors, download the Chat Sports Android and iPhone app. 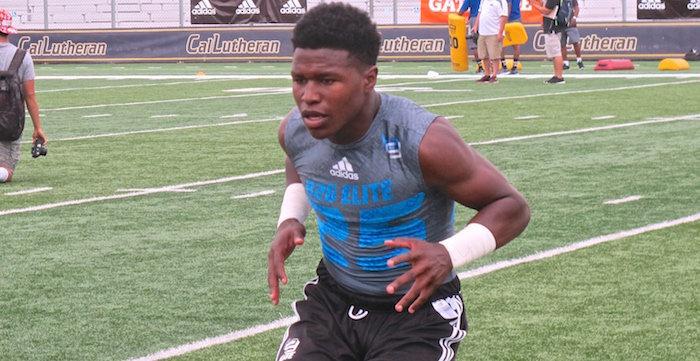 Holmes can also play WR, but will likely play corner in the NFL. He's the top one in the nation and the No. 2 player from California. Stanford is currently the front-runner to land Holmes, with Arizona and Nebraska in the mix. Holmes has already unofficially visited Nebraska and Arizona twice.

The top player from Texas is also the No. 1 DT in the nation. The Texas Longhorns are the current favorite to land Wilson. On Rivals.com's rankings, it's Wilson who is the top player. LSU, Florida State and Oklahoma are recruiting Wilson hard and he is racking up the scholarship offers. Download the Chat Sporst Android and iPhone app for all the latest recruiting news you need. 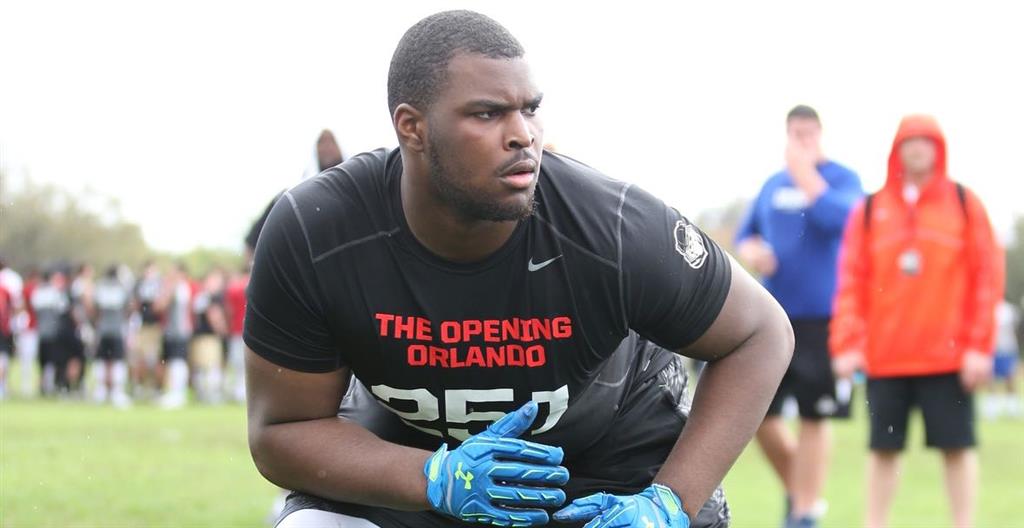 The No. 2 tackle in the nation has already committed to the Auburn Tigers. He made his pledge back in May 2015, but that's not who 247Sports projects as the favorites. It's actually Florida State, with 86 percent of the crystal ball predictions. While Ashley is committed he's still looking at other schools. Myers is the top OT and the top player from Ohio. Perhaps not surprisingly, Ohio State secured his commitment over one year ago. Since committing, he's visited the Buckeyes three times. Unlike Ashley, this commitment seems like a hard one.

The nation's top running back is from California, but committed to Alabama in April 2015. At 6-foot-2, 220-pounds, he could be the next great Alabama running back. However, he is still listening to other schools. The Chat Sports Android and iPhone app is the best source for recruiting news and updates.

Moses is from Florida, but only because he recently moved. He was at University High in Baton Rouge, but reportedly switched to IMG Academy, in part because University High didn't allow early enrollees. The LB was once a LSU commit, but now has Alabama at the top of his list. Also in the mix, for now, are Georgia, Florida, Texas and UCLA.