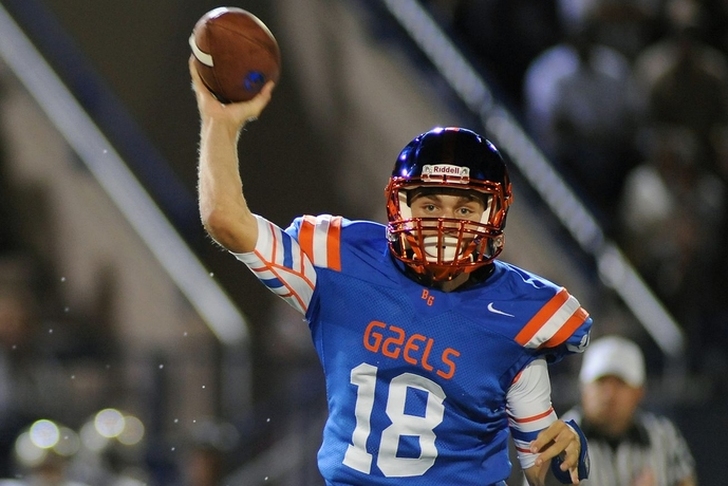 Five-star QB Tate Martell was committed to the Texas A&M Aggies, but decommitted in early May. He's now the top uncommitted QB and programs around the country are trying to land him. Martell spoke with Scout.com Sunday, and revealed his top seven schools.

The Buckeyes were pushing for Martell hard before he decommitted from the Aggies and they are likely the favorites. However, Martell's recruiting process is far from over.

Martell told Scout.com that he'd use all five of his official visits. However, the Nevada recruit hasn't ruled out making a summer commitment. The dual-threat is ranked as the No. 1 QB in the nation by Scout.com and the No. 12 overall player.