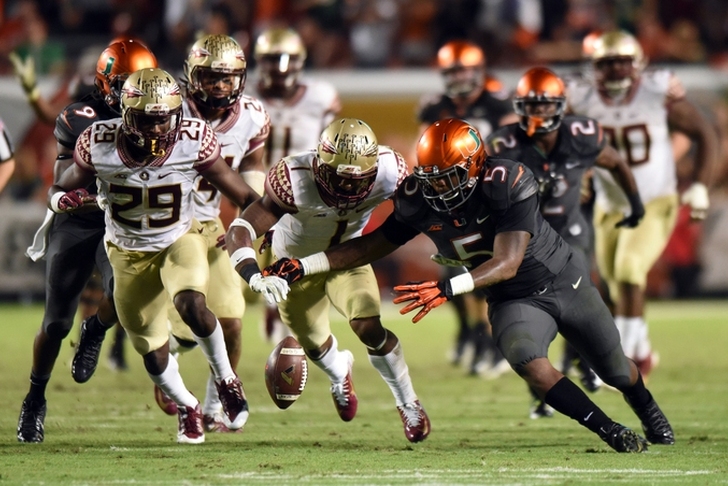 Upsets are the lifeblood of college football, and we've already seen a big one this weekend with Washington pulling off a shocking victory over USC on Thursday night. Here are five teams that are on upset alert on Saturday:

Both the Vols and Bulldogs are reeling following disappointing losses last weekend, and need to get their seasons turned around in a big way. Unfortunately for Georgia, this game is in Neyland Stadium with Vols fans looking for blood and UGA's offense appears to be lost following their beatdown at the hands of Alabama. Georgia needs to forget about last week and turn around their play fast or risk falling out of of the top 25 rankings.

Many have dubbed this as a trap game for the Tigers following their emotional win over Notre Dame, and rightfully so. Georgia Tech started the season with College Football Playoff aspiriations, but after a few tough losses, they've circled this game as the won they need to get them back on track. However, if Clemson continues to play well on both sides of the ball, they'll win this one easily.

Oklahoma State hasn't played particularly well this season even though they're undefeated, beating Texas and Kansas State by a combined five points int their last two contests. Meanwhile, West Virginia nearly upset Oklahoma in Norman last week behind their improved defense and high-powered offense, both of which will give the Cowboys fits. This is Florida State's first big test of the year, and there's nothing that would help Miami head coach Al Golden's job security more than to get a victory over the rival Seminoles. FSU's passing attack has struggled all year (76th in the country in passing yards per game), and with running back Dalvin Cook banged up, their offense could have trouble moving the ball.

Their defense has been great this year, but Miami quarterback Brad Kaaya is the best they've faced all year - the Seminoles need to put pressure on him to risk getting shredded. Considering the 'Canes nearly upset a better FSU teams last season, the 'Noles should be worried.

Cal and Utah square off in the marquee game of Saturday's action, and both sides are looking at this game as one that will get them the national respect they so crave. Both teams are undefeated and think of themselves as Pac-12 frontrunners and College Football Playoff contenders, but few around the country think of them that way - even though Utah is in the top five after beating Oregon by 40 points. The winner of this game will suddenly become legitimate national title contenders and the favorite to win the Pac-12, while the loser will fall out of the national consciousness.