College Football Rumors Roundup: Everything You Need To Know Headed Into Week 5 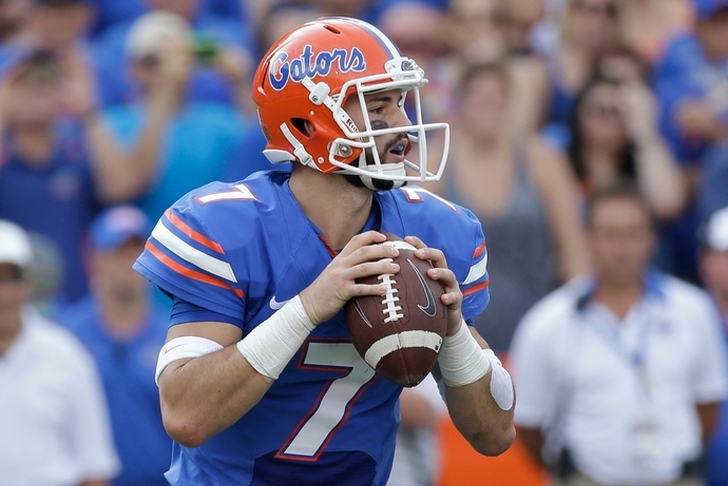 Week 5 of the college football season gives our first stacked slate of ranked teams squaring off against other top teams from their conference, meaning we should be in for an abundance of close and intense games on Satuday.

West Virginia and Oklahoma kick things off with a battle of two unbeaten teams at noon in Norman, then Alabama and Georgia square off in what should be a College Football Playoff elimination game. Ole Miss will take on Florida and Texas A&M hosts Mississippi State in the two other big SEC games, while Clemson hosts Notre Dame in the nightcap with huge postseason implications.

Check out the latest college football news and rumors below as gameday approaches.

- Georgia wide receiver Isaiah McKenzie was arrested for making a terroristic threat against a woman.

- Florida head coach Jim McElwain won't name Will Grier the starting quarterback even after he led the Gators to a comeback victory over Tennessee last weekend.

- The Texas Longhorns had a players-only meeting following their three-point loss to Oklahoma State last weekend.

MORE: 6 College Football Head Coaches That Have Been Complete Disasters This Season

- Alabama head coach Nick Saban said "about 20 percent" of fans are "disrespectful" and "don't get it."

- "Beat Bama" billboards are popping up in Georgia ahead of the Saturday showdown between the Tide and Bulldogs. The game can be seen at 3:30 pm on CBS.