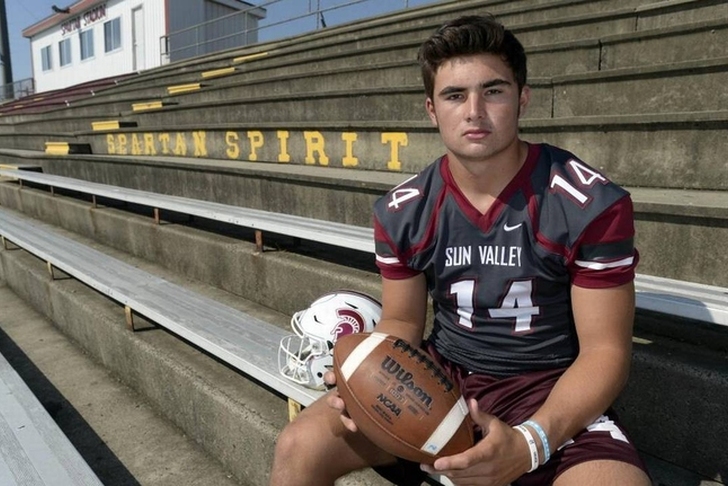 The college football season officially ended when Alabama beat Georgia in the National Championship Game, but coaches across the country are still hard at work with National Signing Day fast approaching on Feb. 7. Although many prospects took advantage of the Early Signing Period in December, there are still a number of quality recruits available. Here are the latest recruiting news & rumors you need to know from around the country:

Michigan picks up commitment from 3-star CB
Three-star cornerback Vincent Gray (Rochester, MI) committed to Michigan over the weekend during his official visit to the school. The Wolverines offered him a scholarship in late December and quickly moved past West Virginia at the top of his list.

Gray's high school coach, Tony Patritto, breaks down what Gray will bring to the Wolverines.

“He’s been great,” Patritto said. “He’s been on varsity since his sophomore year and has obviously been a good representation of our program and our whole team. We like to play fast on defense and he is an integral key to that, because we can put him on any team’s best wide receiver and felt good about playing him man to man the whole game. He was very selfless. He played offense this year and became a real good dual threat. We did not throw the ball a ton, but as a blocker, he was really, really good, and that selfless nature really stood out for me as a coach.”

2019 QB has Clemson at top of list
Four-star quarterback Sam Howell is one of the top quarterbacks in the 2019 recruiting class, and even though the Tigers have gotten commitments from top quarterbacks in each of the last two classes, Howell said Clemson is right at the top of his list after visiting this weekend.

"It was a good visit, and I got a lot out of it," Howell said, via 247sports. "I learned more of what Clemson is really about and it's a really nice place. I enjoyed spending time with the coaches and their families.

"I've always had a lot of interest in Clemson, and after today, that has not changed. Clemson is one of my top schools. I'm a big fan of coach (Dabo) Swinney, and the way that he has built the program. He's built it to last, which is something that's impressed me throughout the recruiting process."

4-star OT visits Notre Dame
Four-star offensive tackle Jarrett Patterson (Mission Viejo, CA) is on an official visit to Notre Dame this weekend, and Patterson says how that visit goes will determine if they're a serious candidate for his services or not.

"Michigan and UCLA are still really up there for me," Patterson said. "Depending how Notre Dame goes this weekend, it could potentially reach up to that level too. I enjoy life in the Midwest and the great history at Notre Dame."

Notre Dame currently has the No. 8 recruiting class in the country.