College Football Playoff: What Yesterday's Action Means And What's On The Line Next Week 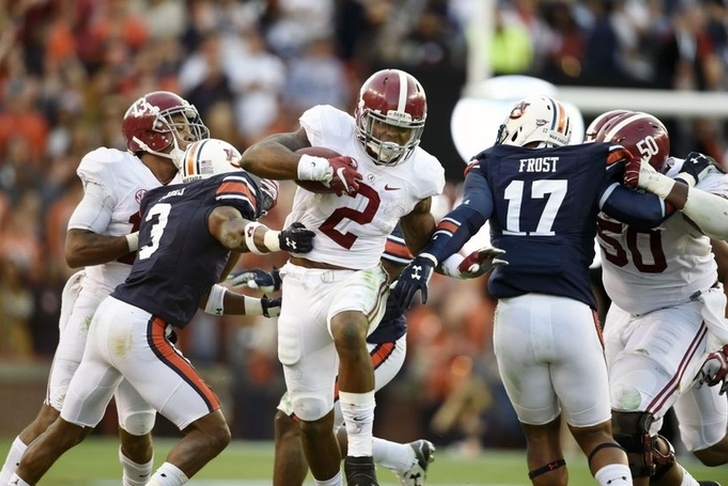 Friday and Saturday's slate of huge regular season finales has cleared up a mucky College Football Playoff picture, with three teams emerging as prohibitive favorites to make the field (barring some committee craziness). With that being said, here's our College Football Playoff: What Today's Action Means And What's On The Line Next Week.

The Top Three Is Close To Being Set 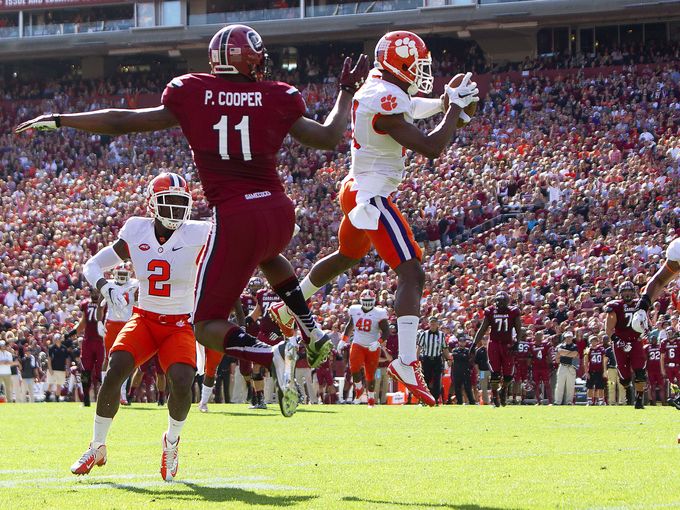 You never know when it comes to the College Football Playoff committee, but what justification will they have to knock Big 12 champion #3 Oklahoma off their CFP perch after a 58-23 Bedlam beatdown of the #3 Oklahoma State Cowboys in Stillwater. If we're looking at complete bodies of work, you can't get much better than Oklahoma's -- especially after they survived the #1 strength of schedule in the nation over the past three weeks with wins over Baylor, TCU and OSU. If they're left out somehow, then the system is broken.

They'll be joined by #1 Clemson and #2 Alabama if those teams win their respective conference title games against #14 North Carolina and #12 Florida. Clemson QB Deshaun Watson accounted for 393 of the team's 515 yards in a 37-32 in-state rivalry win over South Carolina, securing the Tigers' first undefeated regular season since the program's 1981 national title run. #2 Alabama ran all over Auburn's defense in the Iron Bowl, riding Derrick Henry's fourth 200-yard (271, 1 touchdown) rushing performance in six games to a 29-13 road win.

Neither team showed enough weakness to be moved down a notch or two, so it's pretty much settled that they'll be CFP bound with wins next week.

Michigan State/Iowa For All The Marbles

If the College Football Playoff committee prizes logic, then next week's Big Ten Championship Game clash between #4 Iowa and #5 Michigan State will decide the final spot in CFB's final four. The Hawkeyes moved to 12-0 with a 28-20 road win over Nebraska on Black Friday, with RB Jordan Canzeri's back-to-back long touchdown runs serving as daggers in the heart of the Huskers' upset hopes.

Iowa moves on to play for its first conference title since 2004 against a suddenly world-beating Michigan State squad. A week after knocking defending national champion Ohio State from the ranks of the unbeaten, MSU secured a Big Ten East title with a 55-16 annihilation of Penn State. The Spartans' most balanced effort of the 2015 season sends them into the title game with just one loss and sets up an all-or-nothing showdown with the Hawkeyes.

Unless both teams stink up the joint in a big way in Indy, Saturday will be an unofficial play-in game.

Things played out in the worst possible ways for #6 Notre Dame, #7 Baylor, #8 Ohio State and others who hold legitimate cases as CFP contenders. The Buckeyes' 42-13 win over #10 Michigan would send them to the CFP under any other circumstances, but last week's loss to Michigan State and subsequent elimination from Big Ten title contention will prove too much to overcome if Clemson and Alabama hold serve next week.

#7 Baylor's 28-21 double overtime loss to #19 TCU on Black Friday eliminated them without a doubt. #11 Stanford's thrilling 38-36 home win over #6 Notre Dame on Saturday night gives them a strong case for CFP inclusion, but we're guessing #8 Ohio State would be a better bet to move up considering OSU has just one loss to the Cardinal's two. However, all of this may be moot.

Clemson and Alabama have nothing guaranteed with tough conference title games ahead, but they'll be favored to seal the deal next week. If they do, the teams mentioned above and other fringe contenders will be left in a consolation pool of sorts vying for at-large berths in the New Year's Six.