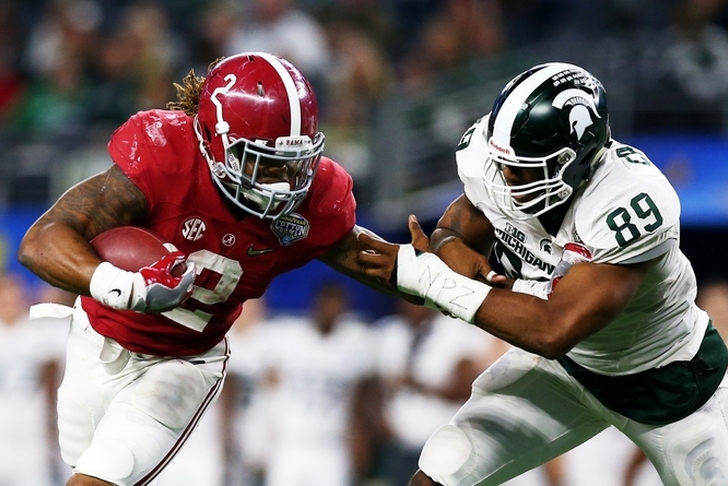 The television ratings for the College Football Playoff semifinal games dropped drastically in their switch to the New Year's Eve slot, falling 16 percent, according to John Ourand of the Sports Business Journal.

Playoff officials moved the semifinal games from New Year's Day to New Year's Eve this year in hopes of creating what they called a "new tradition" where fans' late-night festivities were planned around football. However, that was clearly not the case.

The Cotton Bowl between the Alabama Crimson Tide and Michigan State Spartans drew a 9.9 overnight rating, while the Orange Bowl between the Clemson Tigers and Oklahoma Sooners recorded a 9.7 rating. Last year's games drew ratings of 15.5 (Rose Bowl - Oregon vs. Florida State) and 15.3 (Sugar Bowl - Ohio State vs. Alabama), which accounted for the largest TV audience in history.

Sports Illustrated reports that "several nightlife promoters" were "less than thrilled" with the games being play on New Year's Eve, which was just some of the controversy surrounding the games.

Clemson won the Orange Bowl 37-17 and Alabama won the Cotton Bowl 38-0. They will face each other in the national championship game in Glendale, Arizona on Jan. 11 at 8:30 pm ET.