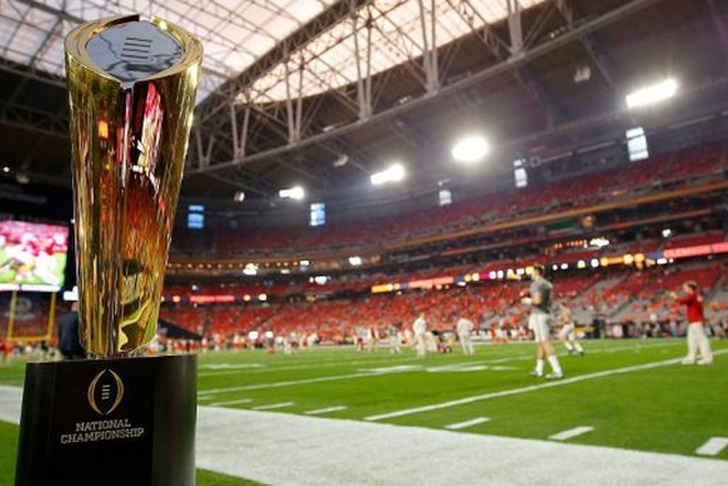 The College Football Playoff announced the championship sites for the national championship games for 2021 through 2024.

Atlanta's new Mercedes-Benz Stadium will host the game this year before it goes to Levi's Stadium in Santa Clara, CA, next year and to the Mercedes-Benz Superdome in New Orleans in 2020.

The playoff, which started in 2014, will not have a stadium host a second national championship game until at least 2025. The first title game was held at AT&T Stadium in Arlington, TX before it was moved to University of Phoenix Stadium in Glendale, AZ. Raymond James Stadium in Tampa Bay hosted the game last year.

"Each of the four cities chosen met or exceeded our standards for selection," Hancock said. "Each has a first-class stadium that our fans will enjoy, a great convention center, excellent hotels for teams and fans, and the communities have successful track records of hosting major events."

The College Football Playoff semifinals will continue to rotate between the Rose Bowl in Pasadena, CA, Fiesta Bowl in Glendale, Sugar Bowl in New Orleans, Orange Bowl in Miami, Cotton Bowl in Arlington, and Peach Bowl in Atlanta.