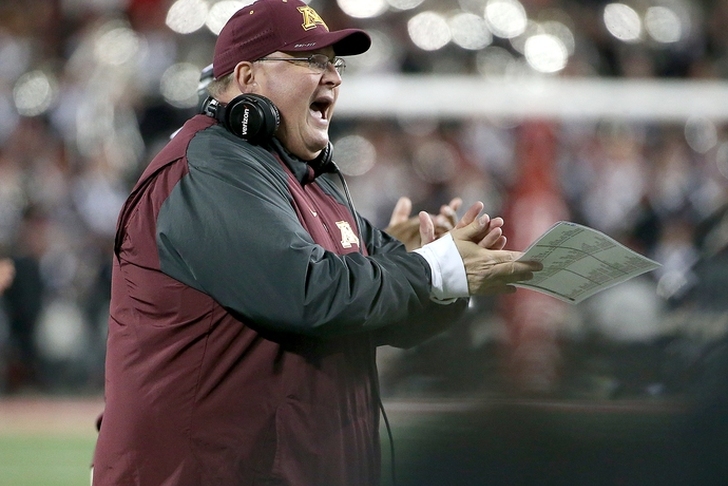 Week 10 of the college football season was an epic one, highlighted by a huge College Football Playoff resume-boosting win for the Alabama Crimson Tide over the LSU Tigers. This week promises to be just as crazy, so we're here to get you caught up the news beforehand with our College Football: News, Rumors & Recruiting Roundup Heading Into Week 11.

The Minnesota Golden Gophers have signed Tracy Claeys on as the team's permanent head coach with a three-year deal. Claeys served as the team's interim coach following Jerry Kill's retirement due to health concerns.

The Miami Hurricanes have reason to believe that Texas Longhorns head coach Charlie Strong is interested in their head coaching position, per a Miami Herald report.

#4 Notre Dame Fighting Irish wide receiver Will Fuller announced that he's returning for his senior season, telling Irish247 that "that's what I came here for."

The #12 Oklahoma Sooners have the toughest remaining strength of schedule of any undefeated or one-loss College Football Playoff contender. In fact, they have the toughest schedule of any team over the final few weeks of the regular season. Big 12 rival Baylor, ranked #6 in Tuesday's CFP reveal, in second among the group of contenders with the 4th hardest remaining schedule in the nation.

#1 overall 2016 recruit Rashan Gary has already visited the #14 Michigan Wolverines and his tentatively scheduled to visit the Ole Miss Rebels on November 21st. Visits follow to Auburn and USC, with the standout DT adding that LSU, Clemson, Alabama and Georgia are in competition for his 5th official visit.