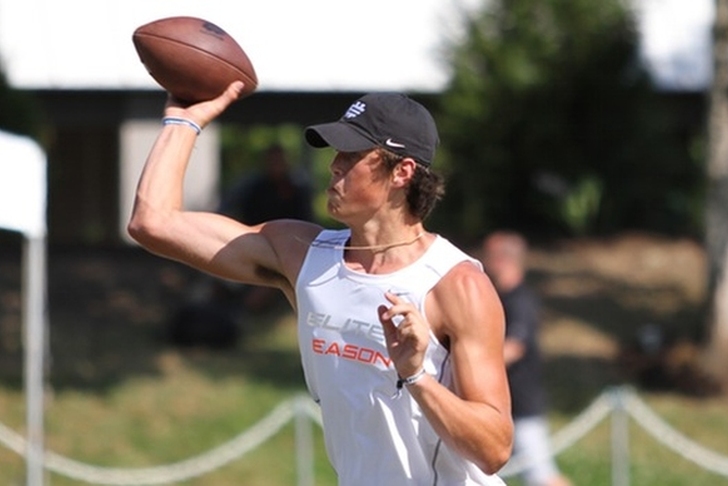 The college football season is almost over as we head into bowl season, and coaches have already been hot on the recruiting trail to solidify their rosters for next season. There's a lot of moving parts as we head towards National Signing Day, but were here to help you break down the latest:

- Top quarterback prospect and Georgia commit Jacob Eason visited UGA over the weekend to meet new Bulldogs head coach Mark Richt, his last visit before he makes a decision. Eason wants to make a hard commitment soon. We reported that Eason reached out to several schools after Mark Richt was fired, and he is now deciding between Georgia and Florida.

- In other Georgia news, 2017 QB commit Bailey Hockman decommitted from the Bulldogs on Monday. He had been committed to UGA since July.

- Four-star safety Devin Studstill (Palm Beach Gardens, FL) will announce his college decision tomorrow, according to 247sports. He is deciding between Notre Dame, Texas, North Carolina, Miami, and West Virginia, but is expected to sign with the Irish.

- Four-star cornerback John Broussard (Phenix City, AL), an Auburn commit, is wavering on his commitment after taking a visit to Mississippi State over the weekend. He won't make a firm commitment until Auburn hires a defensive coordinator to replace Will Muschamp, who left to take the head coaching job at South Carolina.