College Football: 4 Things We Have Learned So Far Today 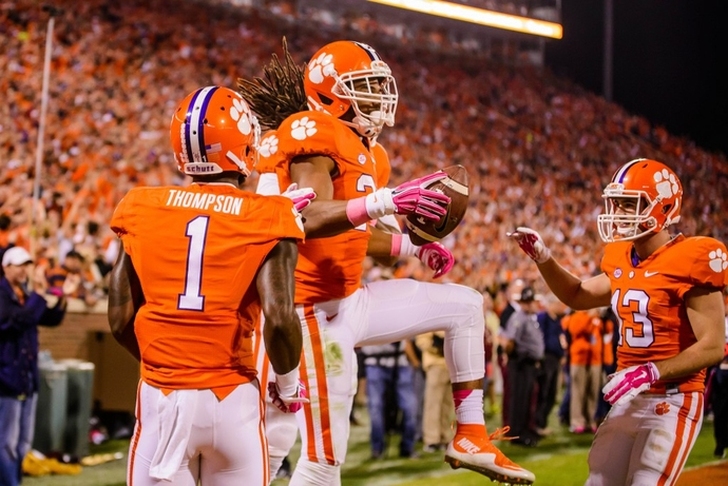 Clemson looks like a lock to make the College Football Playoff

Even though they still have three more regular season games to play and the ACC Championship Game, Clemson passed their last big road block standing between them and an undefeated regular season by defeated Florida State 23-13. Syracuse, Wake Forest, and South Carolina await the Tigers, none of whom have a winning record. Then they'll probabaly face North Carolina in the ACC title game, who have only beaten one team with a winning record this season. The opportunity is there for Clemson to go undefeated, and they should take it easily, which would almost guarantee them a spot in the playoff.

DeShone Kizer is making a late run for the Heisman Many thought Notre Dame was doomed when Malik Zaire went down, but that hasn't been the case. DeShone Kizer has stepped up in an incredible way, is playing better than Zaire was expected to. Not only that, but he's playing this best football of late, passing for 262 yards and five touchdowns while picking up another score on the ground in their victory over Pitt. If Kizer keeps playing this well, and he should, Notre Dame has a great chance to run the table - and the Heisman hype around him will start to grow and grow. 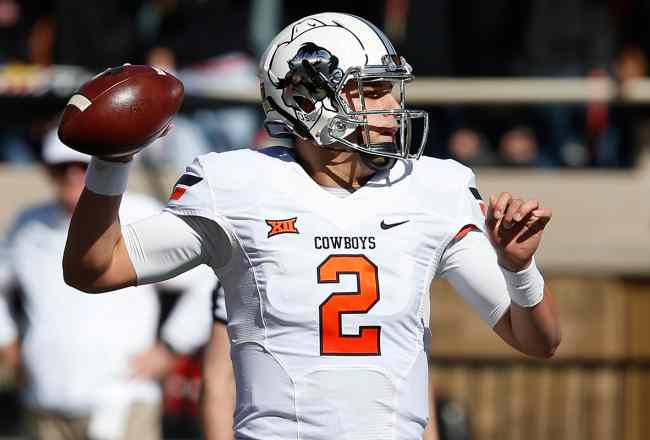 The #14 Cowboys were the lowest-ranked undefeated Power Five school in the initial College Football Playoff rankings and few were taking them seriously, but that will change this week after they blew out #8 TCU 49-29. The loss snapped the Horned Frogs' 16-game winning streak, and it also gave Oklahoma State a quality win they so desperately needed - and they got it in a big way. Expect them to be in the top 10, maybe even the top 6, when the next rankings come out on Tuesday.

For the second straight week, crazy laterals decided a game

Ok, so this didn't win the game, but Arkansas converted a 4th-and-25 on this ridculous play, setting up the game-tying touchdown and game-winning two-point conversion in overtime against Ole Miss: