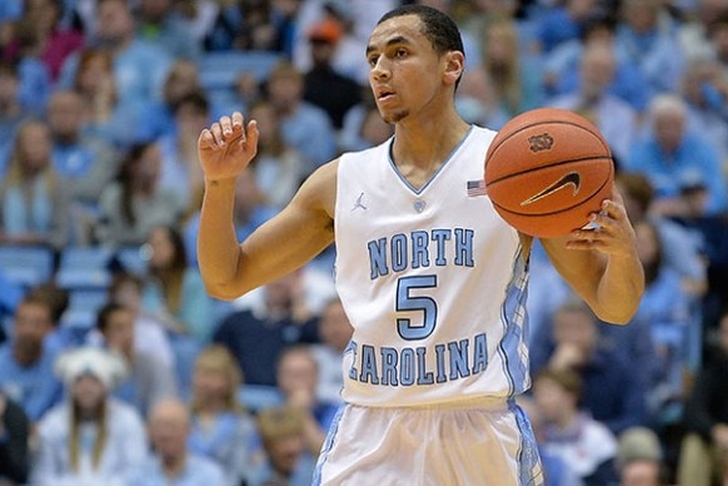 45 college basketball games were on the schedule last night, and all three ranked teams in action won comfortably. The #7 North Carolina Tar Heels dropped Appalachian State 94-70, while #10 Providence dominated UMass on their way to a 90-66 victory and the #19 West Virginia Mountaineers blew out Eastern Kentucky 84-69. In the other marquee game of the day, the Oregon Ducks picked up their first road victory over the season, using a huge second half to pull off the 72-68 comeback victory over the Alabama Crimson Tide.

There are over 100 more games on tap tonight, but here are the eight biggest and most interesting games of the day:

#11 Iowa State Cyclones (9-1) at #22 Cincinnati Bearcats (10-2) - 7:00 pm ET, ESPN2
Iowa State is looking to bounce back form their first loss of the season (vs. Northern Iowa) in their last outing, while Cincinnati has won two games in a row since falling to rival Xavier.

#6 Xavier Musketeers (11-0) at Wake Forest Demon Deacons (8-2) - 7:00 pm ET, ESPN3
The Musketeers have the highest ranking in program history, and can complete a perfect non-conference schedule if they can beat a game Wake Forest team that has won five games in a row.

#1 Michigan State Spartans (12-0) at Oakland Golden Grizzlies (7-3) - 7:00 pm ET, ESPNU
Michigan State is playing in their first game of the season without Denzel Valentine, who will miss two-to-three weeks with a knee injury. They'll look to keep their win streak going without the National Player of the Year frontrunning against an Oakland team that has won four games in a row and are coming off a win at Washington.

Cal Golden Bears (9-2) at #5 Virginia Cavaliers (9-1) - 9:00 pm ET, ESPN2
UVA has won eight straight games, the last two coming over #14 West Virginia and #12 Villanova, while Cal has one five games in a row and are looking to make a statement victory.

#2 Kansas Jayhawks (9-1) at San Diego State Aztecs (7-5) - 11:00 pm ET, CBSSN
San Diego State was the last nonconference team to beat Kansas at Allen Fieldhouse (January 2014), and the Aztecs are looking to get to get some footing to their rocky season with a big home win over the Jayhawks. Kansas has won eight games in a row.

#3 Oklahoma Sooners (8-0) vs. Washington State Cougars (7-2) - 11:00 pm ET, ESPNU
Oklahoma has looked like one of the most dominant teams in the country this year, and will look to collect their collective muscle again against a Washington State team that has won two games in a row.

Here are the latest news and rumors around the country:
Texas State head coach Dennis Franchione is retiring from coaching.

UNC's Marcus Paige misses 2nd half with ankle pain, says he is fine.

Give Kentucky's Skal Labissiere a Break, and Another Couple of Years.