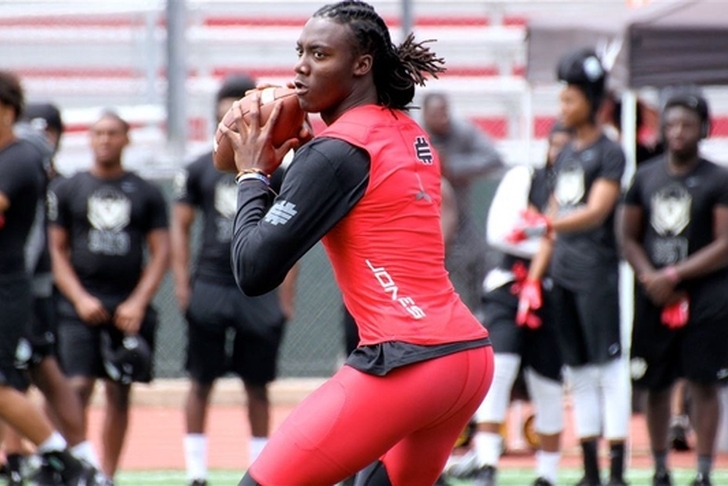 We're already past the halfway of the college football season, and as such, there is plenty happening around the sport both on and off the field. The playoff race is heating up as we hit the final month of the season, but teams are also ramping up their recruiting efforts for prospects that plan to enroll early in January. A number of teams are dealing with significant injuries to key players, as well. So, without further ado, here are the biggest stories you need to know from around the college football world:

Mike Leach wants 2009 wages from Texas Tech
Washington State head coach Mike Leach was fired by Texas Tech in 2009 as a result of a controversy in which former player Adam James said Leach placed in a darkened closet and forced him to stand while trying to recover from a concussion. Now, Leach is trying to get the wages he lost for the season because of the firing.

Leach has hired a private investigator, Wayne Dolcefino, to get information about Texas Tech's decision to fire him and on school officials, and they believe they have a strong case.

"Their smart play is to pay the man," Dolcefino said

Leach previously filed a wrongful termination lawsuit against Texas Tech, but the case was dismissed.

"Mike Leach was paid everything due to him under his contract as of the date of his termination," Texas Tech said in a news release Tuesday. "He admittedly ordered that a student-athlete with a concussion be placed in a darkened area, not an athletic training area, and forced to stand. This occurred on two occasions.

"The courts decided this case years ago, and there is nothing more to add."

Leach was paid his $300,000 base salary by Texas Tech but did not pay him another $2.4 million he could have received, including a $800K retention bonus that was due the day after he was fired.

5-star QB may flip commitment from Ohio State to Alabama
Five-star quarterback Emory Jones (Franklin, GA) committed to Ohio State in July 2016, but many believe he may be wavering on that commitment. Jones has taken three visits to Alabama this season, including his official visit for Saturday's win over Tennessee, which has turned this into a major recruiting battle, according to Andrew Bone of BamaInsider.com.

"It seemed like more of wishful thinking from Alabama fans three months ago," Bone said of Alabama's pursuit of Jones. "Fast forward, and Jones has watched the Crimson Tide play three times this year.

The interest has always been high from Alabama's side, and it seems vice versa these days for Jones. He will likely wait until after his senior season to make a final decision, and will take at least one more trip to Ohio State. This has become a major, unexpected recruiting battle.”

Emory is ranked as the No. 3 dual-threat quarterback and No. 36 overall prospect in the 2018 class, according to the 247sports Composite Rankings.

"I'd like to go on the record and say that while Texas A&M is No. 1 on my list of schools, I owe it to myself and to my family to find out if A&M is the best choice for me" Livingston explained to Scout.com. "That being said, I've decided to open my recruiting process at this time."

Livingston is also heavily considering Colorado, among others.

Michigan won't rule out Wilton Speight, Tarik Black for the season
Michigan Wolverines wide receiver Tarik Black has not played since suffering a broken foot against Air Force on Sept. 16, but head coach Jim Harbaugh said on Monday that the team has not ruled him out for the season yet.

"He's still healing," Harbaugh said on the "Inside Michigan Football" radio show. "Takes bones so long to heal. But he's coming to meetings. He's been around. He has a good attitude."

Black underwent surgery to repair the crack in a bone on the outside of his foot shortly following the injury.

Michigan's passing attack has struggled since Black went down, ranking 98th in the country in both passing yards and total yards per game.

Harbaugh also said that starting quarterback Wilton Speight, who is out indefinitely after suffering multiple cracked vertebrae against Purdue on Sept. 21, also has not been ruled out for the year.