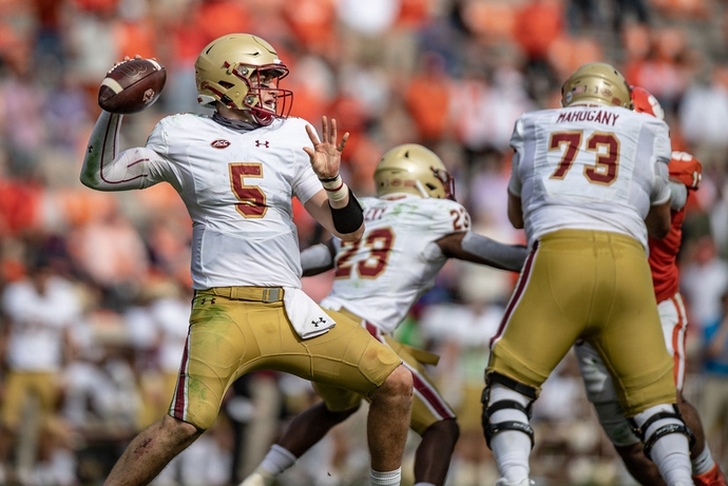 Popular sports network CBS Sports has announced its schedule for the upcoming 2021 college football season. Fans are brimming with excitement, especially as the campaign was wrecked by COVID-19 last year, and can hardly wait until the end of the month, when the new one is set to kick off.

The outlet has already selected three such games as the SEC Game of the Week, one of them Alabama’s trip to Florida in an SEC Championship Game rematch from last term. CBS’s schedule has 15 games, including the SEC Championship, which will be aired on Saturday, December 4 from the Mercedes-Benz Stadium in Atlanta, Georgia. As one would expect, the latest college football scores will be available for checking should you miss any game.

Conference coverage will start on September 18 when the Alabama Crimson Tide will clash with the Florida Gators in the swamp in Gainesville for what will be a rematch of the campaign’s conference game last year. The matchup will kick off at 3:00 PM Eastern Time - Brad Nessler, Gary Danielson and Jamie Erdahl will make up the broadcast team.

The network has announced the Georgia vs. Florida rivalry game, which will take place on October 30, as well as Missouri at Arkansas on November 26 (part of a Thanksgiving doubleheader). Other SEC Game of the Week fixtures will be announced six-to-12 days prior to the game during the season.

CBS will begin coverage of the upcoming college football season on September 11, the 20th anniversary of the tragic 9/11 attacks, when Air Force will play Navy. All three of the Commander-in-Chief Trophy games will be shown on CBS in 2021. Army vs. Air Force will air on November 6 and will be followed by the traditional Army-Navy game on December 11.

The season will come to a close on New Year’s Eve, when CBS will air the Tony the Tiger Sun Bowl.

You could have a look at the games right below:

Meanwhile, ESPN has revealed its latest creative campaign put together to promote the upcoming college football season. “Welcome Home,” the newest campaign since “Who’s In?” was announced in 2014. It outlines the unique passion fans in the US have for college football.

The broadcasting company worked with the McKinney advertising agency to express the “home” feeling, one which is felt pretty strongly by college football fans.

“Home represents tradition, community, and all the universal elements of the sport that fans cherish most,” ESPN states. “The spot also features a custom remix of “Coming Home” by Diddy ft. Skylar Grey from Grammy-nominated producer Swiff D, building upon ESPN’s successful partnership with Interscope Records. The creative launches across ESPN networks today and is the first in a series of brand spots that will debut throughout the year.

“This year especially, ‘Welcome Home’ is the warm creative tone we need for the return of college football,” senior director of sports marketing for ESPN, Curtis Friends, says. “It perfectly encapsulates the diversity, emotion, and pure celebration we will experience watching our favorite teams compete once again.”

“No sport feels as familiar, as nostalgic, as heart-warming and joy-inducing as college football,” McKinney Group Creative Director Lyle Yetman added. “And after a year when the sport wasn’t quite the sport we all recognize, fans and players, and even ESPN, are finally coming home to the sport they cherish.”

Catch the CFP Rankings revealed all year on Chat Sports!