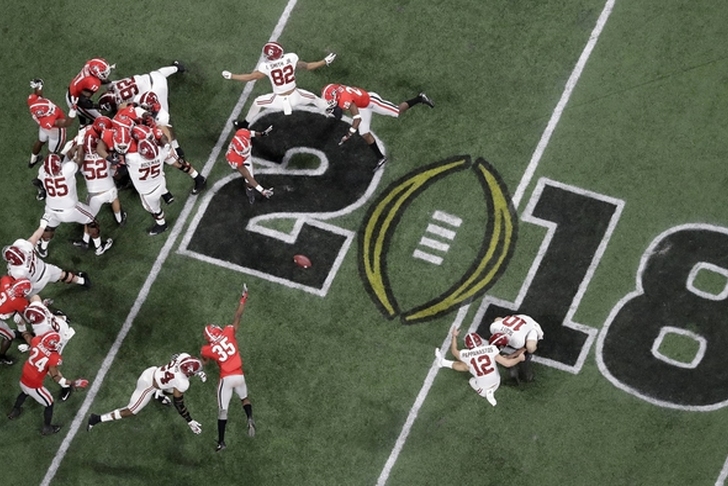 The NCAA announced on rule change on Wednesday that allows for redshirted college football players to play in as many as four games during the course of a season without having to burn their redshirt year.

“This change promotes not only fairness for college athletes, but also their health and well-being. Redshirt football student-athletes are more likely to remain engaged with the team, and starters will be less likely to feel pressure to play through injuries,” Division I Council chair Blake James said. “Coaches will appreciate the additional flexibility and ability to give younger players an opportunity to participate in limited competition.”

The idea behind the ruling is to allow players to keep a year of eligibility should they suffer a serious injury or "other factors" that limit them to a small number of games.

However, this could also be a way for coaches to get talented young players on the field while still preserving that fifth year of eligibility, allowing redshirt players to get game experience against "cupcake" teams or potentially play a factor in bowl games.

This will also help programs who have players skip bowl games, hurting their depth in those games.

Mid-year enrollees will not be allowed to participate in bowl games but, other than that, there are no limitations on the four games redshirt players can participate in.

NEXT READ: Ranking The 5 Biggest Potential Upsets In College Football In 2018

As of now, this rule does not apply to sports other than college football, but the Division I Student-Athlete Experience Committee is examining "how a similar concept could be applied to other sports, including what number of games would be appropriate," according to the NCAA's release.

The rule will be put into effect immediately.