Auburn vs. Louisville Preview and Prediction 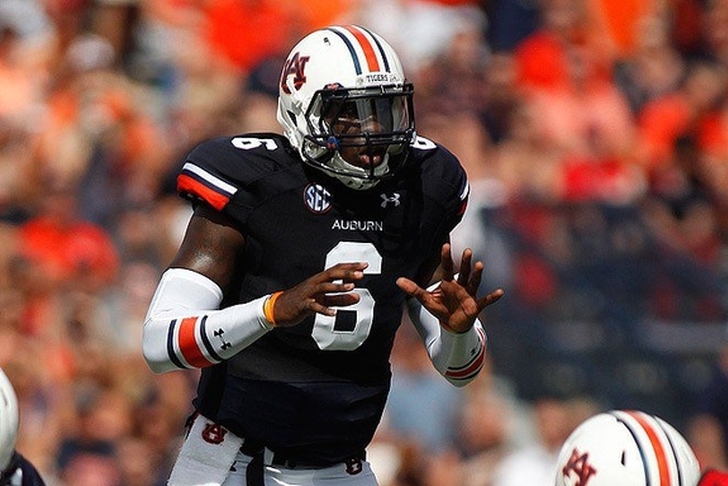 The first week of the college football season continues with the No. 6 Auburn Tigers playing the Louisville Cardinals Saturday. It's one of the best games of Week 1 and is being played at the Georgia Dome in Atlanta. Auburn harbors hopes of a SEC title and College Football Playoff berth, while Louisville wants to win an ACC title. Both teams want to get their seasons off to a strong start with a victory.

Auburn is a trendy pick to win the SEC Championship game this season. They've got a new QB in Jeremy Johnson and a stud WR in Duke Williams. A committee will likely handle the running game. The defense will have to be much improved for Auburn to make any run this season. Much of that will fall on new defensive coordinator Will Muschamp. Auburn has talent everywhere; it's just a matter of getting the most out of it this season.

The Cardinals were carried by their defense last season and that might be the case again this year. The front seven is strong, but the secondary is full of new pieces. Georgia transfer Josh Harvey-Clemons will be counted on to make an impact. Louisville's offense will be led by running back Brandon Radcliff. The 5-foot-9, 214-pound junior rushed for 12 TDs and 737 yards on just 144 carries last year. He should get more touches this season. Louisville's starting QB is still a mystery, and the Cardinals could play up to four QBs this season.

What To Watch For: The Quarterbacks

Nick Marshall is gone, but Johnson could be a better QB for Auburn. He's not the speedster that Marshall was, but he's a better passer. He's bigger too, checking in at 6-foot-5, 230-pounds. With his size and skillset, Cam Newton compairsons will pop up if he plays well. The Cardinals starting QB will be the biggest question leading up to the game. Will it be last year's starter, Will Gardner, who was injured after eight games? Or maybe Reggie Bonnafon, who replaced Gardner, will start. Perhaps Kyle Bolin, a pocket passer similar to Gardner, will get a chance. And don't forget darkhorse Lamar Jackson, a dual-threat true freshman who plays a bit like Bonnafon. Bobby Petrino is keeping it a secret and multiple QBs might end up seeing time.

Auburn's offense should have a great game, even though Louisville has a strong defense. The Tigers' defense will look better than last season, even if they don't know who will start at QB for the Cardinals. It'll be a fun game to watch and Auburn will pull away late. Expect Jeremy Johnson to play well and get his hype train rolling.