Will Teddy Bridgewater Return to Louisville for his Senior Year? 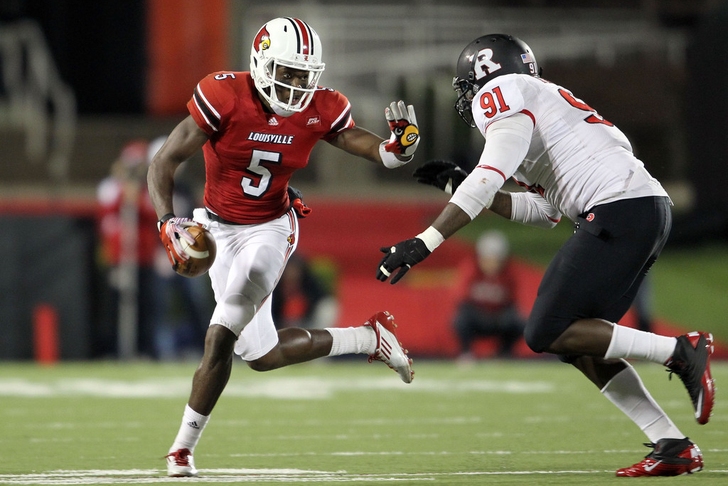 Teddy Bridgewater, widely considered the #1 QB prospect in the upcoming 2014 NFL Draft, is considering a return to Louisville for his senior season, according so several reports. Bridgewater has thrown for 28 touchdowns and four interceptions this season with 3523 passing yards, and his #18 Louisville Cardinals (11-1) are preparing to take on the Miami Hurricanes in the Russell Athletic Bowl.

Bridgewater was widely expected to declare for the draft, and it's unclear what was behind the apparent change of heart. Word first surfaced from CSN Bay Area's John Middlekauff (a former scout for the Philadelphia Eagles) earlier this morning:

Multiple sources tell me Teddy Bridgewater has contemplated returning to school. No decision has been made at this point

Told same 2 days ago by someone I trust. Would be shocked MT @JohnMiddlekauff: Sources: Bridgewater has contemplated returning to school

Worth keeping an eye on as things progress.