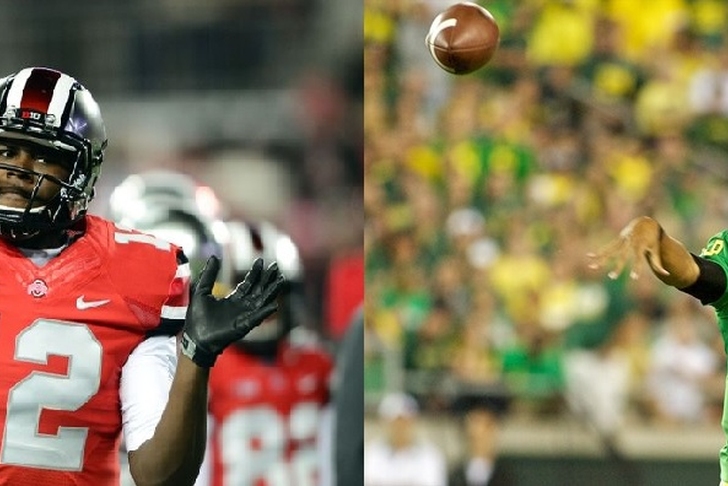 When the Oregon Ducks take on the Ohio State Buckeyes on January 12th in the first ever CFP National Championship Game, both teams will be pretty happy about the new postseason format - under the old BCS system, they would be watching from home while Florida State played Alabama.

As of press time, the Oregon Ducks are the favorites, with Bovada.com favoring them to win by a touchdown. The over/under for points scored has been set at 70.5 points.

Ohio State upset Alabama in the Sugar Bowl 42-35 to seal their spot at Arlington Stadium, while Oregon blew out Florida State 59-20 in the Rose Bowl. Ohio State has never lost to Oregon in eight matchups dating back to 1958, with their last win coming in the 2009 Rose Bowl - a 26-17 Buckeyes victory.