What City Is The College Football Championship Game Played In? 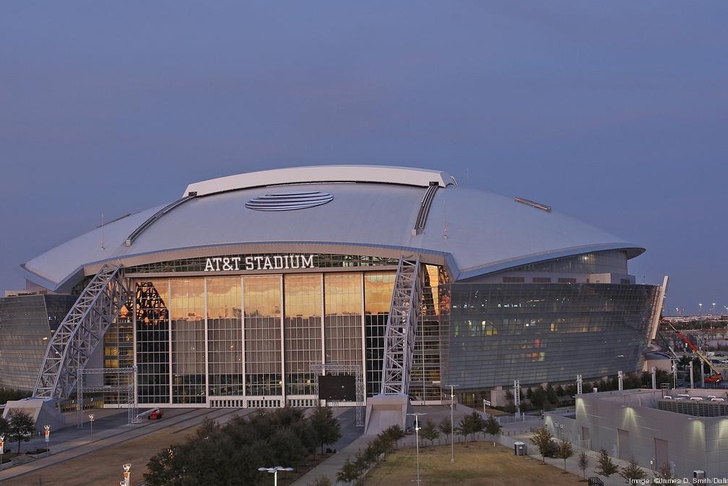 The championship game for the 2014-15 College Football Playoff between the Oregon Ducks and Ohio State Buckeyes will be held at AT&T Stadium in Arlington, Texas on January 12th. AT&T Stadium is the home of the NFL's Dallas Cowboys, and has an 80,000-person capacity for football (105,000 if standing room is taken into account).

College football championship games are now bid on in a similar process to the Super Bowl, with the 2015-16 to take place in Glendale, AZ and the 2016-17 scheduled to be played in Tampa, FL.

WATCH: This Ohio State National Championship Game Hype Video Will Give You Chills

WATCH: This Oregon National Championship Game Hype Video Will Give You Chills

Follow our Oregon Ducks and Ohio State Buckeyes for the latest on the College Football National Championship game!