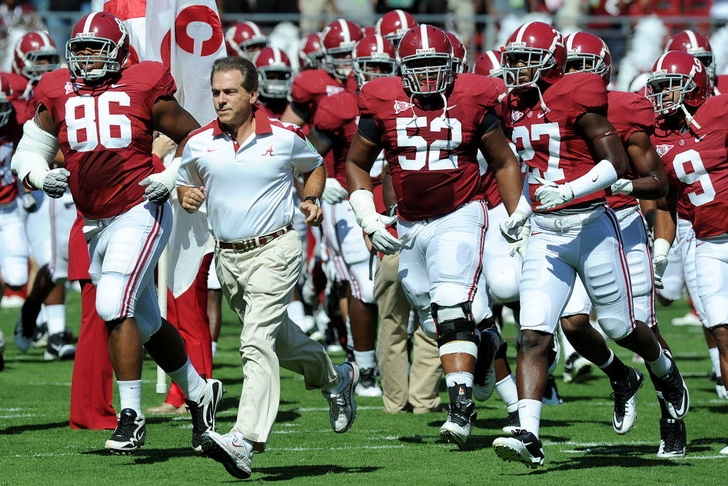 Given that no one has played so far this season, this first run is fairly straightforward:

Why not? The Crimson Tide are everyone's favorite and have the best team in the country by a mile. They also have the best QB and the best coach. Keep in mind, while Saban has 4 BCS Championship rings, he only has 1 undefeated season, so the Tide are likely to slip up.

Best chance for a loss: @ Texas A&M on September 14th

Outside of Alabama and Ohio State, Stanford may have the best head coach in America in David Shaw. The Cardinal also possess the nations best offensive line and best best front 7 on defense. Frankly, this is the only team that can keep up with Alabama in a physical matchup. The November schedule is daunting though, with games against Oregon, USC, UCLA and Notre Dame.

Best chance for a loss: vs. Oregon on November 7th