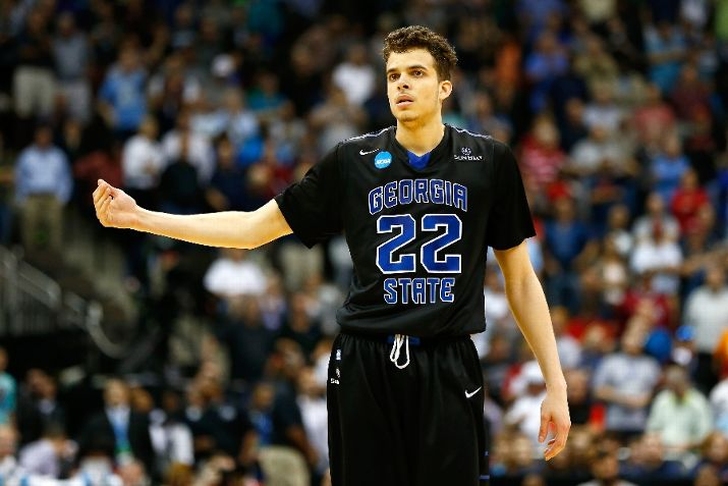 Now, the Panthers are the darlings of the tournament after his son and GSU's star play, R.J. Hunter, drained this game-winning three-pointer to cap a 12-point comeback over Baylor:

Ron Hunter's reaction, as you can imagine, obviously takes the cake...

“Georgia State coach falls out of his chair as his son hits the game-winner http://t.co/IQrAz8utHh pic.twitter.com/gyLlCSrCY3” @Danidtt88

...but the Internet also had a good deal of fun with it:

Even the media room in Charlotte, NC erupted with reaction! The first round isn't even a day old yet, but we seem to have already found the play of the tournament.