This Was Not A Banner Week For Georgia's Football Program 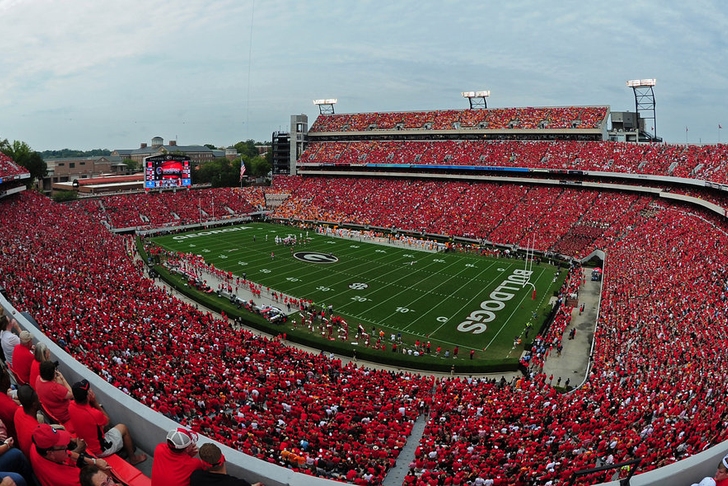 The Georgia Bulldogs are favorites to win the SEC East this season, but that'll be significantly harder to do if players keep getting arrested.

The Athens Banner-Herald reports that the female victim was "possibly strangled by the offender", and police said they found "visible marks" on the woman's neck.

Back in March, Taylor and three others were charged with theft by deception after cashing checks they had already deposited. The sophomore had finally worked his way out of coach Mark Richt's doghouse, but it looks like he's already back in...and that's if he ends up staying with the program.

On Wednesday morning, police issued a warrant for the arrest of five-star prospect Darnell Saloman, who attended Georgia's Dawg Night camp over the weekend.

Saloman is accused of entering the room of two female student-athletes, then stealing an iPhone and a wallet. The two women woke up to find a black male they didn't know in their room, and he fled before they could find out what he was doing there. Upon further investigation, they discovered the phone and wallet were missing. UGA police then conducted an investigation that determined Saloman was the main suspect.