The Top 3 Uncommitted Running Backs...And Where They Might Land 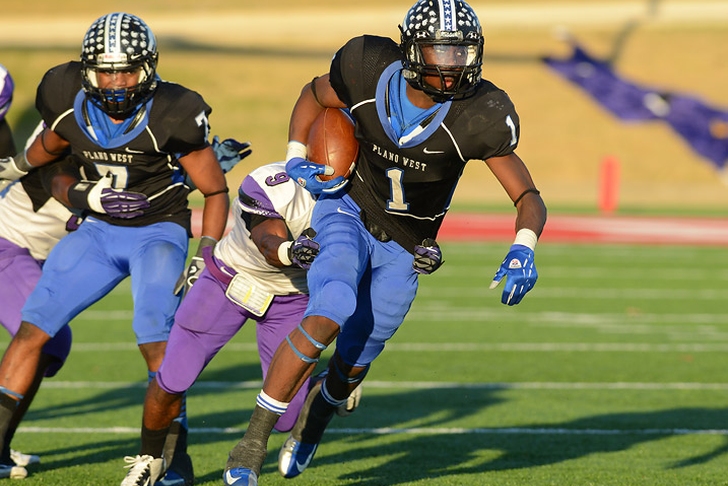 There's less than two weeks now until National Signing Day on February 4, and most top recruits already know where they'll be headed. There are still a few players out there who haven't committed yet, though, and the competition is heating up as schools try to give their recruiting classes a late boost. Here are the three best running backs who haven't committed yet...and our take on where they're likely to end up:

Of the three names on this list, Williams has been the most definitive about how he wants his commitment to go - he'll make his announcement on national signing day, and it'll be broadcast locally on the Bright House Network. While his high school stats don't jump off the page, Williams is a quick, but physical runner who scouts agree can excel at the next level.

Williams is set to choose between Notre Dame, Miami, and Louisville. The Fighting Irish are the clear leader at this point, but the Canes and Cardinals still have some time to mix things up.

Warren is a 6'2, 240-pound bruiser who rushed for 2329 yards and 34 touchdowns in 2014. He has no shortage of offers, but he's down to just a handful of schools - Washington, Oklahoma State, Texas Tech and Texas. The Longhorns would be the choice if he chooses to stay in-state, but Washington HC Chris Petersen is making a very strong push for his signature, and he's taken official visits to Stillwater and Lubbock in the past two weeks.

Texas is the leader right now, but Warren will visit Washington before he commits and things are still very much in motion. We expect this one to go down to the wire.

Jamabo is the #2 running back in the Class of 2015 (per 247), and there are plenty of good reasons why. The Plano West star rushed for a jaw-dropping 2279 yards and 44 touchdowns this season, and he's being chased by over a dozen top-tier programs.

UCLA, Notre Dame and Michigan are all in the hunt, but the leader right now has to be the Texas Longhorns. Jamabo visited Texas this week, and there's a growing sense of optimism within the Texas program that Jamabo is preparing to commit. This one isn't a done deal, but the Longhorns definitely have the most momentum heading into national signing day. Could the Longhorns land the two best running backs still on the market?