The Story Of The "Catfished" Florida Commit Takes Another Bizarre Turn 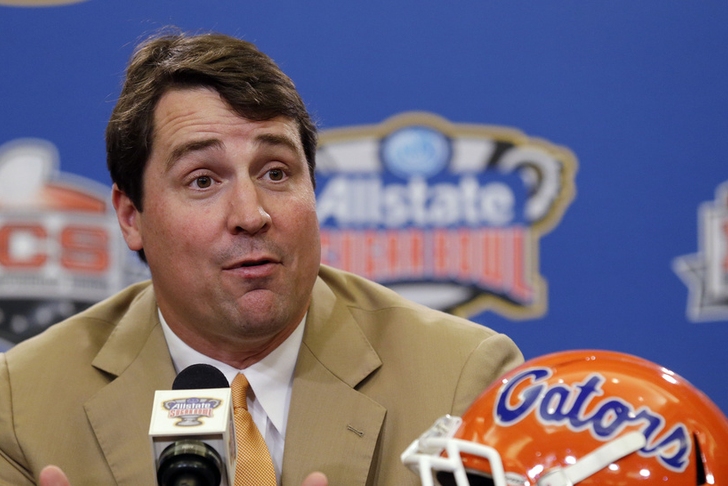 Earlier this week, we reported on Nash Central (N.C.) defensive end Houshun Gaines committing to Florida in a ceremony at his school, only to discover that Florida hadn't actually been recruiting him.

Gaines had been "recruited" by someone posing as Florida assistant coach Brad Lawing on Twitter, but the fraud was exposed when Gaines' High School athletic director Michael Mosley contacted Florida after the commitment.

It turns out, though, that at some point Gaines received an offer letter from Florida that appears to be signed by Head Coach Will Muschamp:

Local news station WNCN revealed that Gaines not only had the offer letter, but received a call from someone claiming to be a Florida coach the night before the ceremony.

Why would someone go to so much trouble to bait a three-star recruit into a false commitment? There's no answer yet, but it sounds like the details surrounding this incident are just starting to come out. Gaines has offers from NC State, Miami (FL), Duke, UNC and more, so it isn't like Florida was his only option, but he clearly wanted to attend a school that claims to have no record of recruiting him. Stay tuned to our Florida Gators page for more on this developing story.