The Final Four Is IN: Alabama, Oregon, Florida State and Ohio State 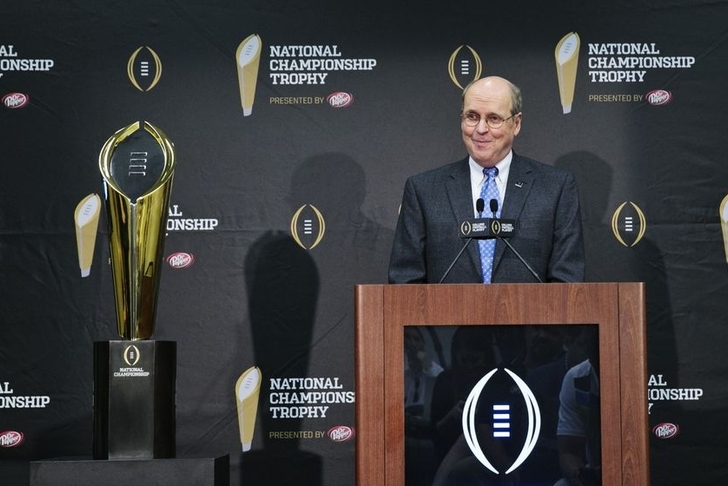 The committee has spoken, and your final four is here: 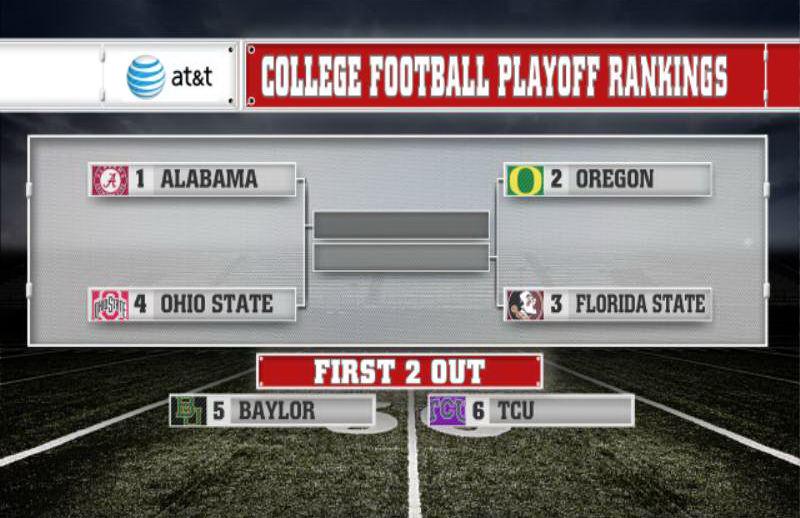 Despite wins for TCU and Baylor on Saturday, the committee evidently decided Ohio State's late-season form (and 59-0 conference championship win) were enough to vault the Buckeyes into the playoff.

Bowl Projections And Predicted Opponents For Every Power 5 NCAA Team