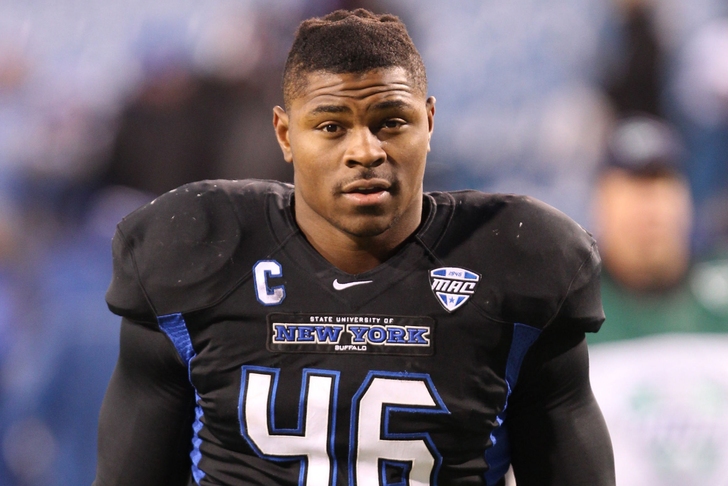 Khalil Mack is used to overcoming the low expectations of others. Barely recruited out of high school, he ended up developing into one of the nation's top defensive players during his four years at Buffalo.

A great Sports Illustrated piece on Mack and his rise to the top of NFL Draft boards reveals the reason why he decided to wear #46 - not a traditional number for linemen or linebackers.

With Mack expected to be one of the top 10 selections in Thursday's draft, it looks like the motivational tool was at least a little bit effective.