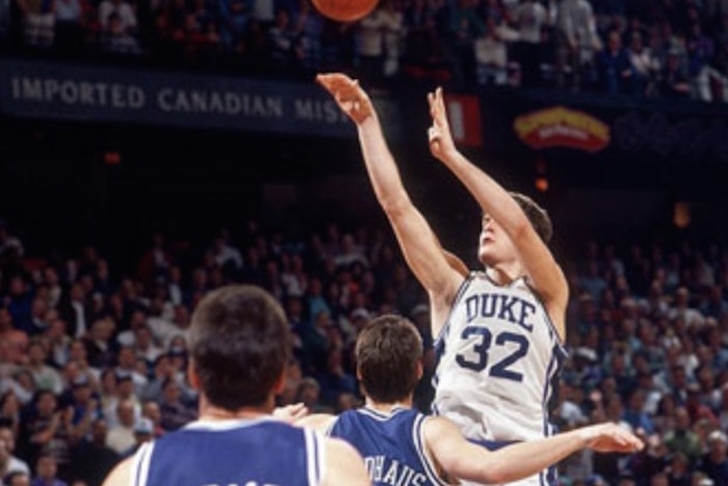 The NCAA Tournament always gives us a plethora of upsets and great games to enjoy over a three week period in March, but some games are a cut above the rest and live in our memories forever. Here are the eight greatest games in NCAA Tournament history:

Michigan head coach Bill Frieder announced before the tournament he was leaving after the season, so he was promptly fired and assistant Steve Fisher was promoted to head coach. The Wolverines went on an improbable run from then on, capped off by Rumeal Robinson's two free throws with two seconds left in overtime to give the Wolverines the win.

Houston was thought to be unbeatable with Hakeem Olajuwon and Clyde Drexler, yet NC State - who earned the nickname "Cardiac Pack" because of all the comebacks they pulled off during the tournament - won with an alley-oop in the final second.

An unproven freshman named Michael Jordan hit the game-winning shot with less than 30 seconds to play, and Georgetown's Fred Brown accidentally passed to UNC's James Worthy in the closing seconds to seal the Tar Heels' victory.

This was the game that put college basketball on the map. In what is still the most watched college basketball game in television history, Magic Johnson's Michigan State Spartans knocked off Larry Bird's undefeated Indiana State team. The game wasn't as great as the implications of the game, which turned the NCAA Tournament into the television spectacle it is today.

UNLV had drubbed the Blue Devils by 30 points to win the National Championship in 1990 and were undefeated heading into the Final Four in 1991, but Duke pulled off one of the biggest upsets in college basketball history by ending the Runnin' Rebels season.

Speaking of upsets, Villanova - an eight-seed - wasn't supposed to have any business being on the floor with Georgetown, but the Wildcats shot 77.8 percent in the game to pull off the stunner.

Memphis had set the record for most wins in a season (38) going into the title game and had only lost once all year. The Tigers appeared to have the game won with a nine-point lead and less than two minutes to play, but an abundance of missed free throws kept the door open. Kansas capitalized, and Mario Chalmers hit a three-pointer with two seconds left to force overtime, where the Jayhawks dominated a stunned Memphis squad.

This is known as the greatest college basketball game every played, but many simply know it as "The Laettner Game." Both teams fought back and forth the entire way, but with 2.1 seconds left, Christian Laettner hit the most iconic buzzer-beater of all time to give Duke the narrow victory.