The 6 Most Disappointing College Football Teams Of 2014 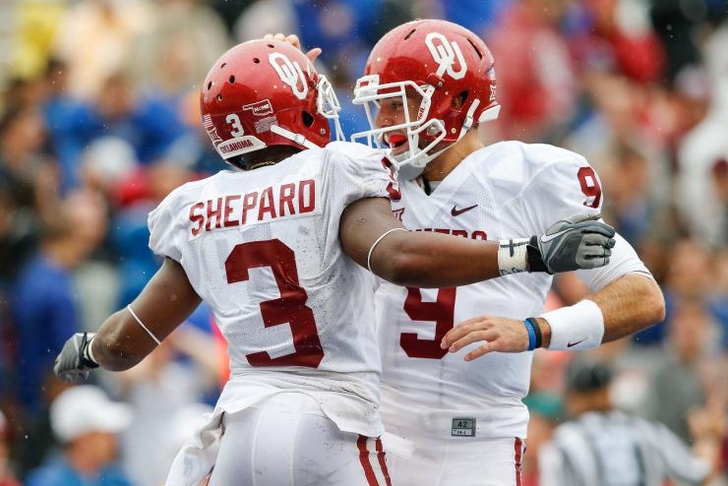 As we look back on a great year of college football, some teams immediately stand out from the crowd after exceeding expectations. Ohio State came back from the dead to win a national title, Baylor and TCU had thrilling (if ultimately disappointing) seasons, and Arizona and Georgia Tech both finished strong to build momentum heading into 2015.

Some teams, though, don't deserve that kind of praise - in 2014, there were quite a few squads that just didn't live up to expectations. Here are the six worst offenders:

A trendy playoff pick at the beginning of the year, the Bruins were all the way up at #7 in the Preseason AP Poll. They didn't totally blow it this year, but in some ways, that would have been easier to take.

Wins over Arizona State, Arizona and USC made it clear that this team has the talent to contend, but losses to Utah, Oregon and Stanford kept them from reaching the upper echelon of college teams. For fans that have seen team after team get close (but not close enough), this was a bitter pill to swallow in QB Brett Hundley's last season with the team.

A blowout win over South Carolina started this season on the right foot, and four wins later the hype around this team (and quarterback Kenny 'Kenny Trill' Hill) was reaching epic proportions.

Then, the SEC schedule started...and the wheels came off. Three straight games against Mississippi State, Ole Miss and Alabama left the Aggies badly exposed, and there was no gas in the tank by the time the Crimson Tide got done with a 59-0 hiding. A road win over #3 Auburn helped save some face, but by then the season - and the Kenny Hill era - were effectively over.

We're now into year five of the Al Golden rebuilding project in Miami...and things don't seem very different. The Canes no longer have NCAA sanctions hanging over them, and donors continue to throw cash at the program...but the results on the field haven't changed at all.

Golden is 28-22 through four seasons, the exact same record that got Randy Shannon fired, and 2014 was more of the same: uninspired football and vague deferrals to "next year". If Miami has another disappointing year in 2015, there won't be another "next year" for Golden.

It wasn't easy to figure out where Michigan belonged on this list - all we knew for a fact was that they'd be here somewhere.

While 5-7 is a disappointing record for any football school with a winning tradition, it wasn't much of a surprise after three years of Brady Hoke. It was clear for some time that Hoke was woefully out of his depth in Ann Arbor, but it was still a bit of a shock to see him lose to Maryland at home and leave his bosses no choice but to let him go. That achievement alone bumps Michigan up to #3, but Hoke's bumbling essentially paved the way for Jim Harbaugh...so in a weird way, some fans will see this season as a resounding success.

On the surface, 8-5 with a bowl win over an SEC team isn't bad at all for a team that survived several big injuries and an academic scandal that cost them four starters. It's how things started for the Irish, though, that make this year such a letdown.

Notre Dame was #5 in the country and in the playoff hunt before a close loss to then-#2 Florida State on October 18...and that loss sent the Irish into a gruesome tailspin. Brian Kelly's team lost four of their next five, crashing out of the Top 25 and losing to archrival USC 49-14 in their regular-season finale. After raising our expectations so high early in the year, only the Music City Bowl win against LSU saved them from our #1 spot.

For a few weeks, the Sooners were another strong playoff contender. The #4 team in the country from August 30-October 4, Oklahoma looked like they started to believe their own hype...and then the injury bug hit.

A win over Texas in the Red River Showdown proved to be Oklahoma's only real highlight this year - the Sooners ended their 2014 season without a win over a ranked team. After beating Alabama in last year's Sugar Bowl, no one in the entire state of Oklahoma would have bet on that sorry statistic.