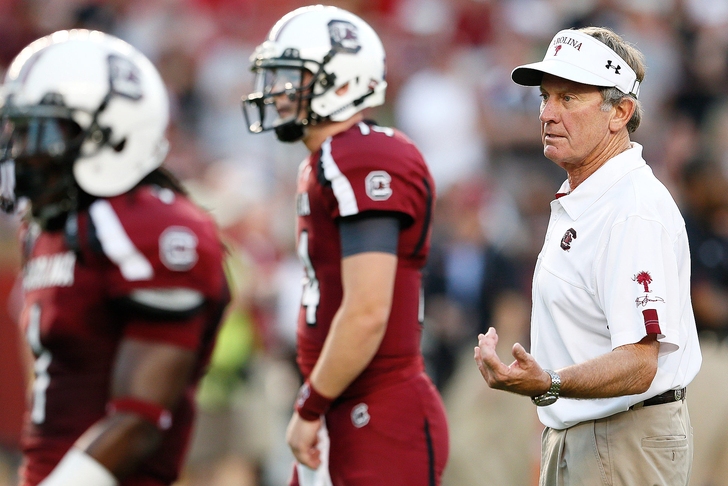 The SEC provides its members with the highest in-conference level of difficulty of any conference in college football, but these 5 teams have decided to take it one step further in 2015 by stacking their out-of-conference schedules with plenty of landmine games. Here's our list of The 5 Toughest Out Of Conference Schedules In The SEC In 2015.

Georgia appears to have three cupcakes on their out-of-conference schedule, but its non-power slate is actually a touch more difficult than most teams in the SEC. The clincher here is a brutal road game against a Georgia Tech team that could be a dark-horse contender for a College Football Playoff berth after finishing last season ranked #8 in the final AP Poll.

Bowling Green is a much tougher draw than people might think, and that Oklahoma game looms large as a potential crux point for the Vols' season. The Sooners will be reloaded and ready to go after an inconsistent 2014, and that means a huge challenge for Butch Jones' crew.

The Aggies' season opener against the Arizona State Sun Devils will be the first out-of-conference Power 5 clash for Texas A&M since they made the move to the SEC. Along with facing a high-powered ASU team in Houston, A&M draws two other teams that had winning records in 2014: Nevada (7-6) and FCS Western Carolina (7-5).

We all know how tough the program's rivalry game against FSU is every year, but the Gators also host an East Carolina squad that upended #17 Virginia Tech and North Carolina in 2014. That's two toughies for the Gators in addition to a brutal SEC schedule.

South Carolina is the only SEC team in 2015 to face two Power 5 schools during their out-of-conference slate (North Carolina, Clemson), and they also have to contend with a talented UCF program that's posted a 31-9 record over the past three seasons. If the Gamecocks can get through all of that unscathed, they'll be in damn good shape.

6 Potential Breakout Players In The SEC In 2015