The 5 Best Wide Receivers In The 2016 Recruiting Class 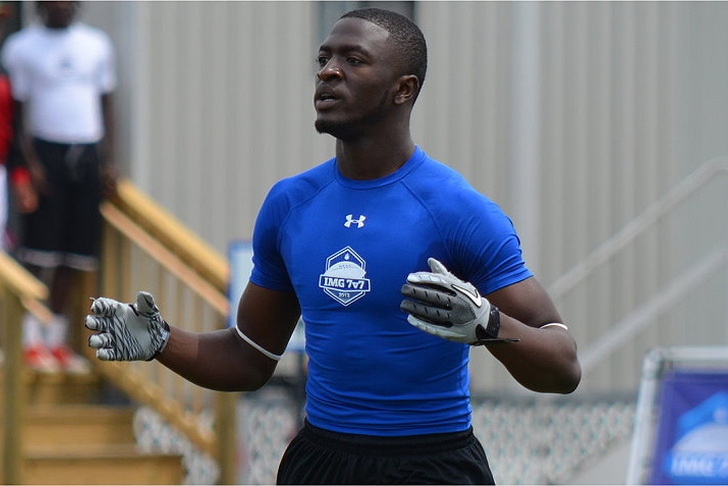 If you’re looking for the next wave of great college football wideouts, look no further than this list. Here’s your breakdown of The 5 Best Wide Receivers In The 2016 Recruiting Class:

The #1 receiver (and #11 overall prospect) in the nation recently decommitted to the from the Auburn Tigers, creating a new frenzy to grab him.. Over 1/3 of the programs at the FBS level have at least showed interest in the 6-foot-2, 205-pound Tampa product, fawning over his route-running ability and propensity for making opposing defensive backs look absolutely silly. Expect all of the top programs to make a run at Craig-Myers in the next year.

Vaughns is rated as the second-best receiver in the 2016 class, and while he has yet to commit, the La Puente, CA native is widely expected to end up at USC. He has the size at 6’3″ to be a legitimate red zone and deep ball threat along with top-notch speed.

Metcalf is the top-rated prospect in the state of Mississippi and is the second best wide receiver prospect in the country because of his size (6’3″, 195 pounds) and elite athleticism. He’ll provide the Rebels with another top-notch receiver to couple with Laquon Treadwell.

Nick Saban rarely brings in players like Robertson – versatile, supremely athletic players without a clearly defined position just usually aren’t his style. Robertson, though, is good enough to change that. A ‘Bama commit since July, Robertson is one of the most electrifying players in the country, and he’s rated as the #1 ATH in the Class of 2016. Figuring out where he fits best on the Crimson Tide is a problem for another day.

Bruce has already committed to Miami, and the 5’8″ speedster should play a factor in the slot and in the return game. He needs to add a few pounds to his 160-pound frame, but Bruce is quick enough to make an immediate impact somewhere on the field for the ‘Canes.