The 4 Best Recruiting Classes In The Big 10 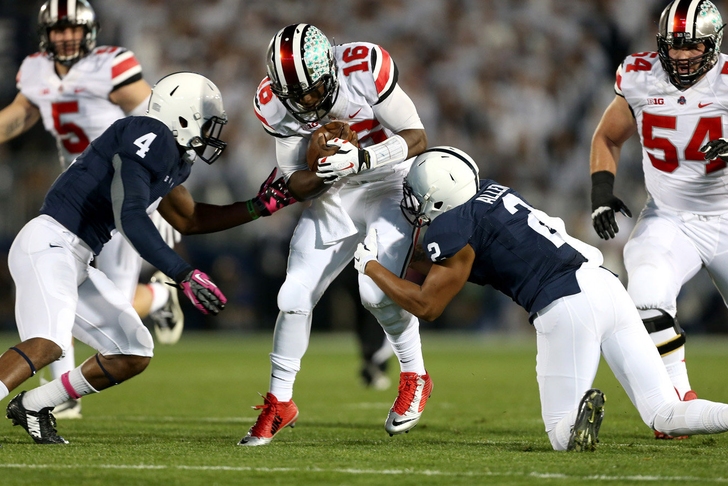 In a mixed year for Big 10 recruiting, some schools excelled while others failed to bring in the impact players they needed. These are the four schools that'll be happiest with their 2015 recruiting class:

Despite a turbulent end-of-season coaching change, the Huskers managed to keep their 2015 signing class together, then made it even better after Mike Riley came on board. With three 4-Star players and a number of underrated gems from around the country, the Huskers are likely to end up with a Top-30 class and plenty of momentum heading into spring football.

Player to watch: CB Eric Lee. The 4-Star corner is already enrolled in classes and could see playing time as a true freshman if he plays his cards right.

The Spartans have done an exceptional job at developing talent in recent years, and many 2- and 3-star recruits have become All-Americans and NFL starters thanks to Mark Dantonio's coaching. This is one of MSU's highest-rated signing classes in recent years, and fans will be eager to see what the coaching staff can do with such a talented group.

Player to watch: RB Larry Scott. The #6 RB in the Class of 2015 turned down Alabama, Auburn, Ohio State and a host of other top programs to join the Spartans, and he has the talent and physicality to contribute right away.

James Franklin has done a sensational job of turning PSU back into a recruiting force, and the Nittany Lions should end up with a top 15 class when the dust settles. Considering where this program was just three years ago, that's no small feat. With 13 4-Star recruits signed & sealed, Penn State doesn't look far off from contending for Big 10 titles again.

Player(s) to watch: 4-Star offensive linemen Paris Palmer and Sterling Jenkins are already enrolled, and both should immediately improve what was PSU's biggest weakness last year. Now that QB Christian Hackenberg actually has some protection around him, we'll finally get to see the former #1 QB recruit at his best.

Winning the national championship is usually a pretty nice recruiting boost, and Urban Meyer's Buckeyes certainly don't look like they're losing any steam. Ohio State has the Big 10's top recruiting class by any measurement, and they'll be hard to unseat as long as Meyer is the main man in Columbus.

Player to watch: OLB Justin Hilliard. The Buckeyes already have plenty of hard-hitting defensive anchors (hello, Joey Bosa), but Hilliard is an absolute beast. Don't believe us? Check out his jaw-dropping highlight reel.