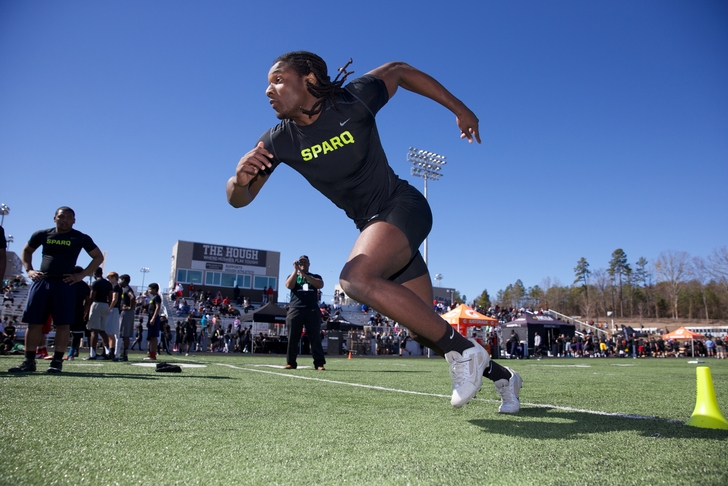 Josh Sweat is a defensive end from Chesapeake, VA, and he's currently ranked by 247Sports as the #1 overall prospect in the class of 2015.

Sweat has been recruited by almost every major program in the country, but he's narrowed his list down to just five schools, announcing this week that he won't take official visits anywhere else. Here's his top five:

Sweat is over 6'4, but weighs just 240 at the moment - without a massive frame to weigh him down, Sweat has the agility and speed to blow past offensive linemen and get to the quarterback. A versatile athlete, Sweat has also taken snaps at quarterback, tight end and punter - all of which are featured in this impressive highlight reel:

Expect to hear a lot more about Sweat (and his impending decision) as the 2014 season goes on.